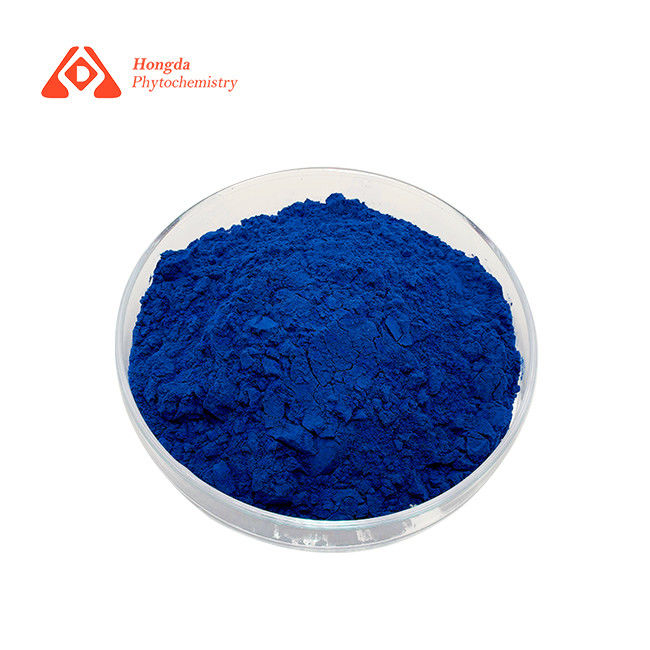 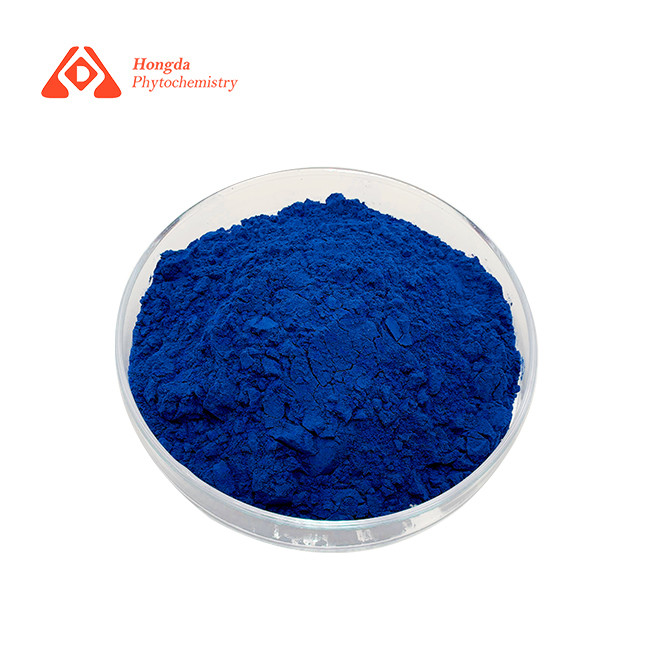 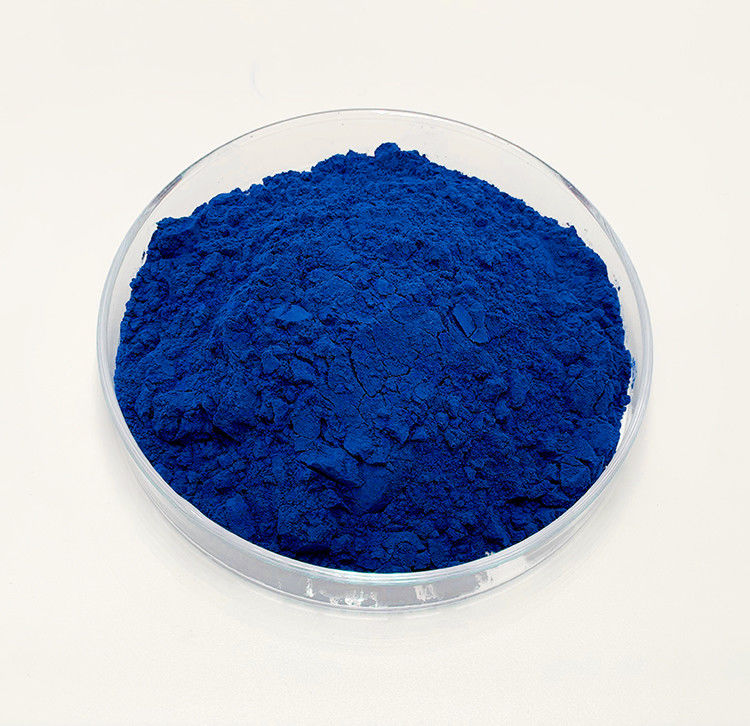 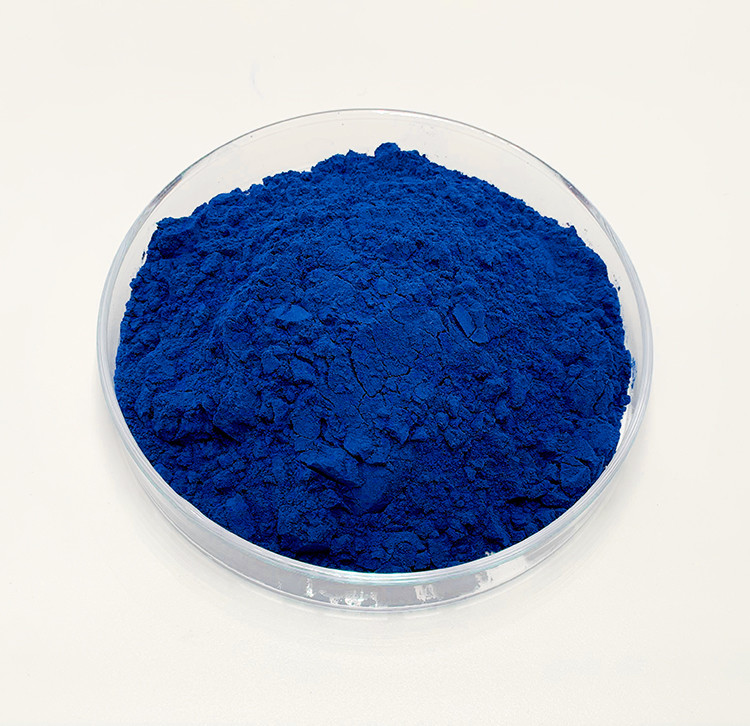 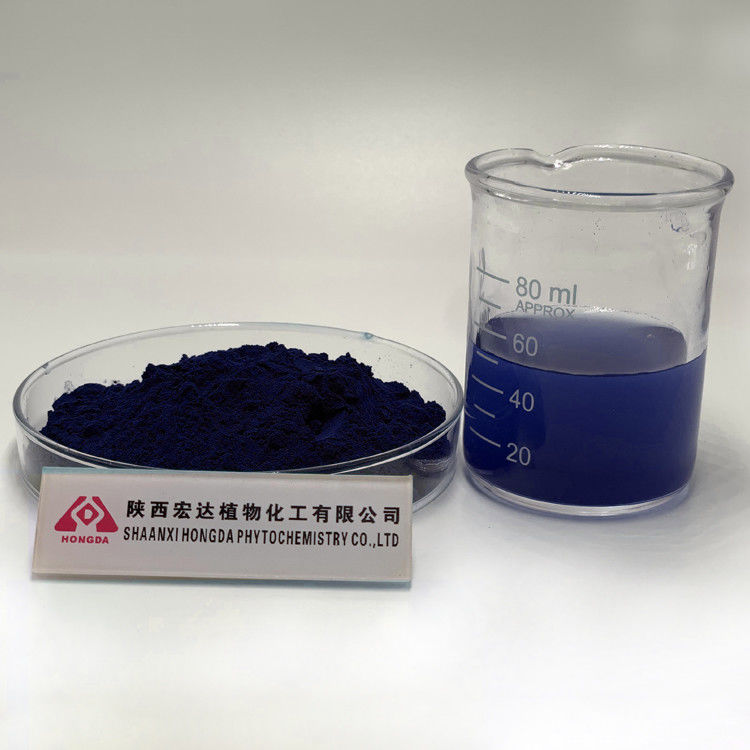 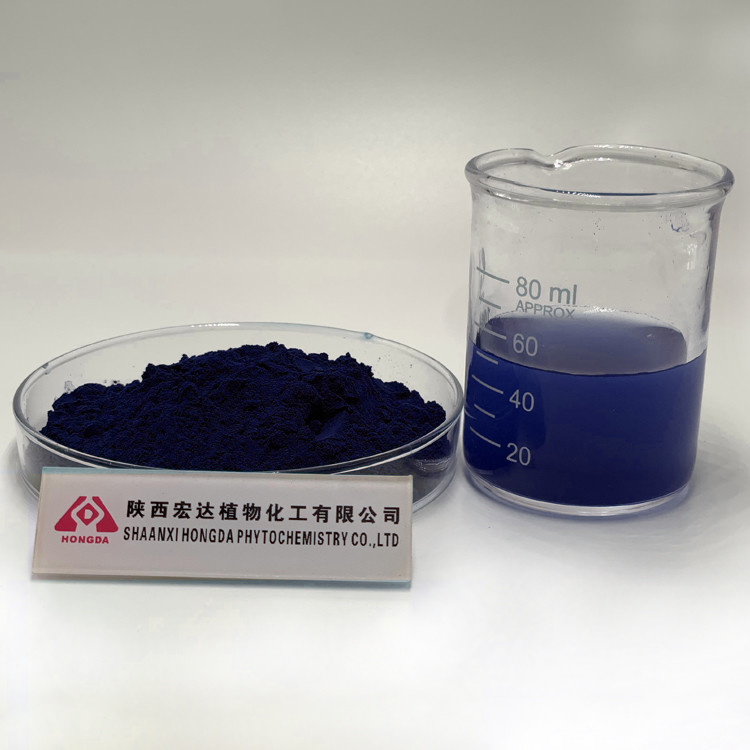 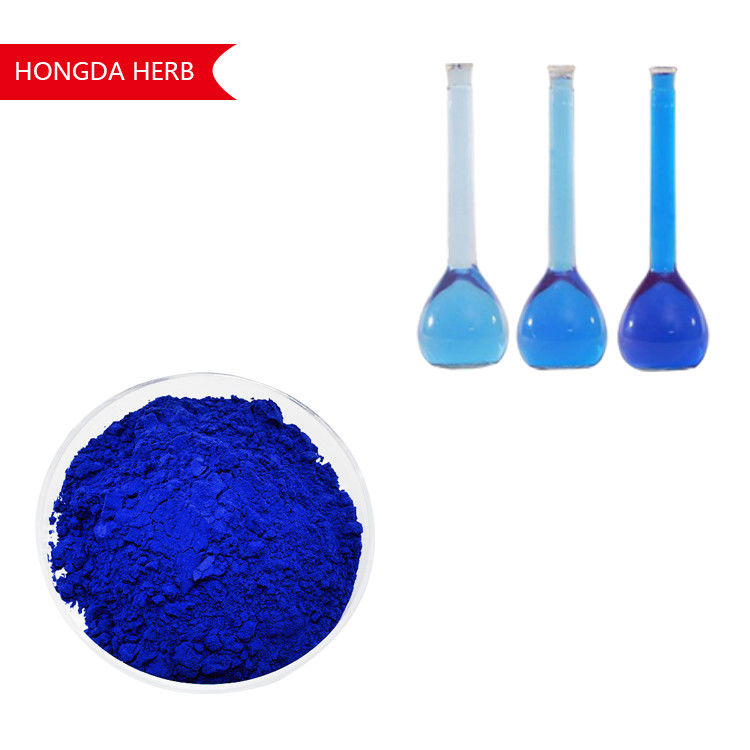 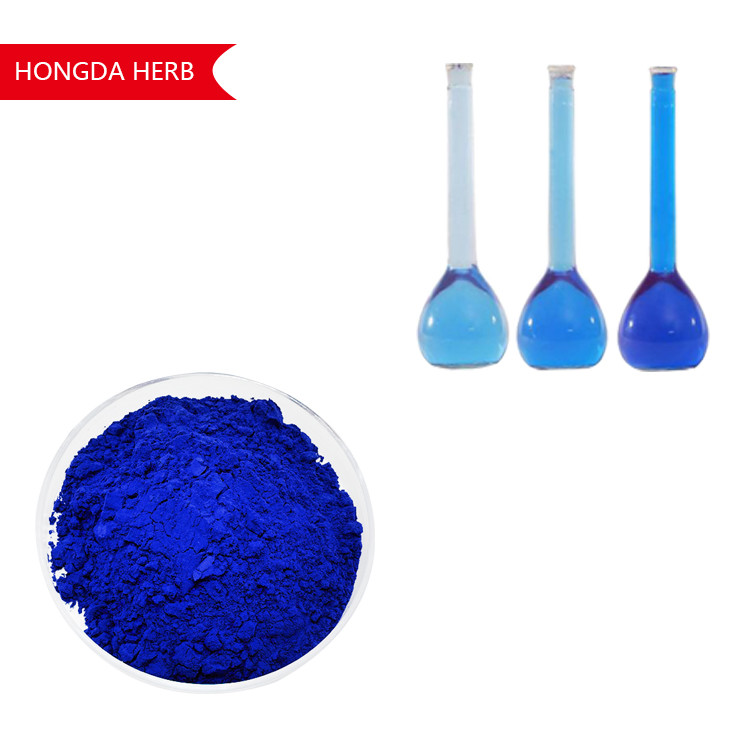 Phycocyanin is one of the rare pigment proteins in nature. It is not only bright in color, but also a nutritious protein itself. Its amino acid composition is complete and its essential amino acid content is high.
Phycocyanin has the functions of anti-cancer, promoting blood cell regeneration, curing ovary, promoting the synthesis of elastin in human body, etc. At the beginning of the 21st century, phycocyanin was widely used as advanced natural pigment for food and cosmetics in Europe, America, Japan and other countries, and was made into biochemical drugs. 1986 nian, by Japan compact AIDS Institute Development, CONFIDENCE algae nutrition food company production of compact, (confident) phycocyanin albumin as a cancer patients, leukemia patients etc. rehabilitation medicines and nutrition food, outstanding coordination effect was achieved.

Application: the application of phycocyanin is widely studied and can be summarized into the following aspects:
(1) Natural edible pigment: phycocyanin is a water-soluble pigment, non-toxic, pure blue, bright and lovely, and can be used as food coloring agent and cosmetic additive.
(2) Medical and health food: the in vitro experiment of Phycocyanin can stimulate the generation of red blood cell colony, which is similar to erythropoietin (EPO). Foreign countries have successfully developed a variety of phycocyanin compound drugs, and there has been a successful report that Phycocyanin can improve anemia and hemoglobin in Japan kangpai AIDS Research Institute. In 1982, Iijima et al. studied that the oral administration of phycocyanin in mice improved the survival rate of mice injected with liver tumor cells, and the activity of lymphocytes in the experimental group was significantly higher than that in the control group, they believe that the protein has the function of promoting immunity and resisting diseases. In 1986, Schwartz and Shklar of Harvard hospital found that spirulina phycocyanin had inhibitory effect on some cancer cells.
(3) Special reagent for biology, chemistry and cytology experiments: phycocyanin blue with fluorescence can be used as some photodynamic research reagent for biology and cytology.

Character:Blue particles or powders belong to protein binding pigments, so they have the same properties as proteins, and the isoelectric point is 3.4. Soluble in water, insoluble in alcohol and grease. Unstable to heat, light and acid. Stable under weak acidic and neutral (pH4.5 ~ 8), precipitate at acidic (pH4.2), strong alkali can decolorize.

Production: use the cocoidosis of the blue algae spiralis in the culture medium with carbonate or carbon dioxide as carbon source at pH8.5 ~ 11, the algae body is obtained by aeration culture at 30 ~ 35℃. After drying, the pigment and soluble protein in the algae body are extracted with water. After vacuum concentration, the extracted liquid is sprayed and dried.

2. Antioxidant and free radical elimination.
Phycocyanin can promote cell activity, eliminate free radicals in vivo, improve ovarian function and promote rapid synthesis of elastin in human body. According to scientific research, Phycocyanin can stimulate the generation of red blood cell colony, which is similar to that of erythropoietin (epo); It can adjust white blood cells and improve the activity of lymphocytes; It can increase physical fitness and promote the growth of red blood cells, it can enhance the immune function of the body and promote growth and development.

3. Anti-allergy
The research team of Taiwan University published new research results on January 7 and found that purified phycocyanin has inhibitory effect on all allergies.

4.Another effect of phycocyanin is fluorescent agent.

Fluorescent phycocyanin is a new fluorescent marker with unique optical properties, which is isolated and purified from spirulina.
[English name]: Fluorescence Phycocyanin,FPC).
[Characteristics]: FPC can emit strong fluorescence, has good light absorption performance and high quantum yield, and its fluorescence intensity is 30 times stronger than common fluorescein, there is a wide range of excitation and emission in the visible spectral region.