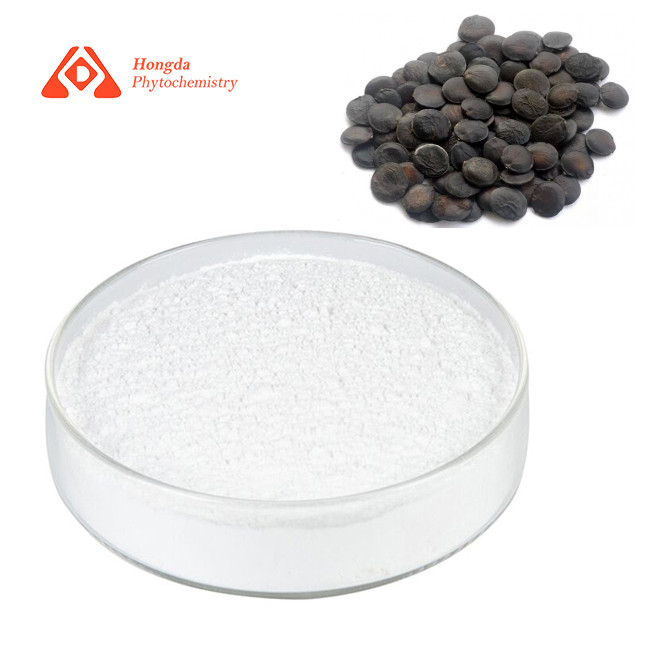 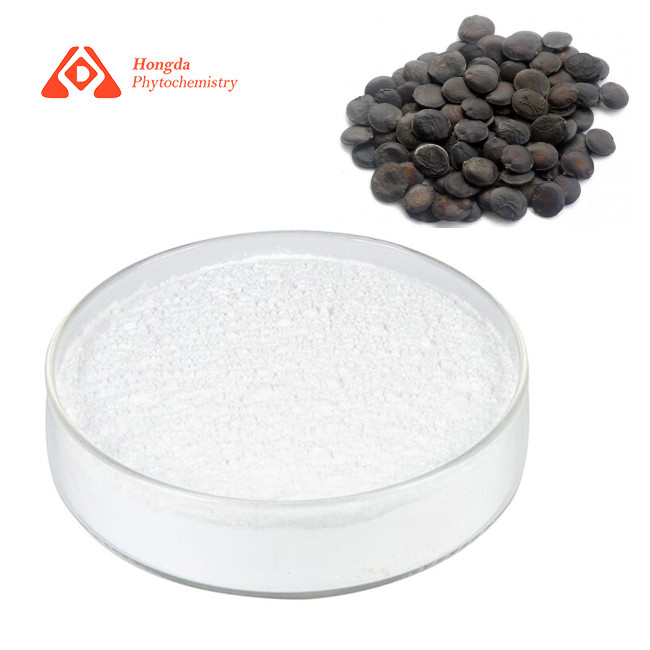 Ghana seeds are dried seeds of the mesquite plant Griffonia simplicifolia, native to West African countries such as Ghana, Côte d'Ivoire and Togo. Ghana seed plants can generally grow to 2 to 3 meters high, with brown and smooth branches; in secondary forest areas, some of them grow on tall trees. The flowering period is August to October, the flowers (hermaphrodite) are light green, and the results are from December to February of the following year. The fruit pod generally has 1 to 4 seeds, the mature seeds are oblong, about 1.5cm long and 1cm wide, the seed coat is black, wrinkled, the endosperm is yellow-green, with a slight bean flavor. Since ancient times, folk medicine in West Africa has used the leaves of Ghana seeds to heal wounds, and the leaves are boiled into juice, which is a good medicine for the treatment of urinary tract disorders and kidney diseases. In addition to its antibiotic properties, it is also well-known for improving human sexual function; the mashed bark can be used not only to make ointments for chancroid, etc., but also to produce preservatives.

The main chemical component of plant extract Ghana seed extract is 5-hydroxytryptophan (5-Hydroxytrophan, referred to as 5-HTP), which is a natural extract from the dried seeds of the mesquite plant Griffonia Simplicifolia. Amino acid, chemical name 5-hydroxy-3-indolyl-α-aminopropionic acid. It is safer to use than synthetic 5-hydroxytryptophan.

L-5 hydroxytryptophan is a natural chemical in the body that people can also take as a nutritional supplement. Some people believe that taking the supplement can improve certain aspects of health, including mental health and sleep quality.

The compound is a natural precursor to a neurotransmitter called serotonin, which helps produce “feel-good” chemicals in the brain and body.

The body produces serotonin through a series of chemical steps, starting with the amino acid L-tryptophan. One of the chemicals on the way from transforming L-tryptophan to serotonin is 5-HTP.

The chemical was only available via prescription until 1995, when the United States Food and Drug Administration (FDA) approved it as an over-the-counter (OTC) supplement.

Manufacturers derive the supplement from the seeds of Griffonia simplicifolia, which is an African plant. The supplement does not naturally occur in foods.

Some people believe that taking 5-HTP can increase the amount of serotonin in the body. Doctors have previously linked a lack of serotonin with a number of medical conditions, including depression.

As a result, some doctors recommend taking 5-HTP along with regular medications for certain conditions.

Many studies into the health benefits of 5-HTP and sleep are based on animal models.

For example, a 2018 study looked the effects of 5-HTP and gamma-Aminobutyric acid (GABA) on fruit flies, mice, and rats. The scientists used caffeine to induce sleeplessness, then they administered the GABA/5-HTP combination.

They found that the combination could induce sleep and seemed to enhance sleep quality and length of sleeping time.

Another review of treatments available for sleep problems found that 5-HTP may be beneficial in treating disorders of arousal, such as sleep terrors and sleepwalking.

Taking 5-HTP may support behaviors that help a person lose weight or maintain a healthy weight.

In a 2017 study that appears in the journal Brain and Behavior, scientists gave seven healthy human participants a 5-HTP supplement and another seven a vitamin C supplement.

They then performed an MRI scan while showing participants real food and images of food to see how their brains responded.

A brain response for protein-rich foods was more likely to occur in those who took the 5-HTP supplement than in people who did not.

Protein can help a person maintain a healthy body weight, so the researchers concluded that 5-HTP may help a person lose weight by reducing cravings for unhealthful foods.

It is vital to note that this study was very small, so larger-scale research is necessary to validate these results.

Another project studied 20 women who were overweight, 10 of whom took a 5-HTP supplement for 4 weeks. The other 10 women took a placebo for the same amount of time.

While these studies were very small, they showed some promise that 5-HTP could help weight loss efforts.

Selective serotonin reuptake inhibitors are a common treatment for depression. These medications work by preventing the body from breaking down serotonin, thereby increasing the amount that is available in the body.

Some researchers believe that 5-HTP could act in a similar way by increasing the amount of 5-HTP in the body. Unfortunately, there is not a lot of research to support this.

An older meta-analysis examined the results of studies on 5-HTP and tryptophan in relieving depression symptoms. While the authors reviewed more than 100 studies related to the topic, they found that few studies used high-quality methods.

The researchers concluded that there was not enough evidence to say that 5-HTP had a greater effect than a placebo on depression.

However, they did note that some of the studies found that 5-HTP could be better than placebo in some people. These studies were too old, however, to represent the latest clinical research methods.

Another challenge in using 5-HTP to treat depression is that the supplement does not usually last long in the body, which rapidly absorbs and eliminates it.

These characteristics can keep it from being an effective method to treat depression.

If researchers could find a way to make 5-HTP last longer in the body, it may show more promise as a depression treatment, according to one study.

Some natural medicine proponents believe that taking 5-HTP supplements can help reduce anxiety and panic. However, most of the research about 5-HTP and anxiety is 15–20 years old.

One research study from 2002 found that taking 5-HTP reduced anxiety and panic in people with panic disorder. However, the researchers did not find any difference in anxiety in other participants who did not have a panic disorder.

Doctors know that a lack of serotonin is likely to play a role in anxiety and panic. However, studies have not yet proven that using 5-HTP to increase serotonin is an effective strategy for reducing anxiety.

Much of the focus on using 5-HTP for pain relief surrounds the treatment of fibromyalgia, a condition that causes chronic nerve pain. Chronic pain from fibromyalgia can affect a person’s sleep and mood.

Studies on 5-HTP and fibromyalgia are limited and too old to provide significant results. A study from 1990, for example, found that taking the supplement may help reduce symptoms in participants with primary fibromyalgia syndrome, but larger and newer studies are necessary to confirm these results.

However, a small study in an animal model found that 5-HTP might reduce the perception of pain.

According to some research, taking 5-HTP may increase serotonin but deplete or reduce the amounts of other neurotransmitters. These include dopamine and norepinephrine.

This side effect could actually make some medical conditions worse. Examples of such conditions include:

This is more likely to occur when a person has taken 5-HTP supplements long-term. Some people may suggest taking 5-HTP along with a supplement that increases the amount of dopamine in the body, such as l-tyrosine or l-dopa.

Other potential side effects of taking 5-HTP supplements include:

Before taking 5-HTP, it is vital to check with a doctor to ensure the supplement will not interfere with any medical conditions or medications.

7. Relief From and Prevention of Migraine Headaches

8. Reduction of the rate of Heart Disease as a result of Lowering Anxiety and Depression