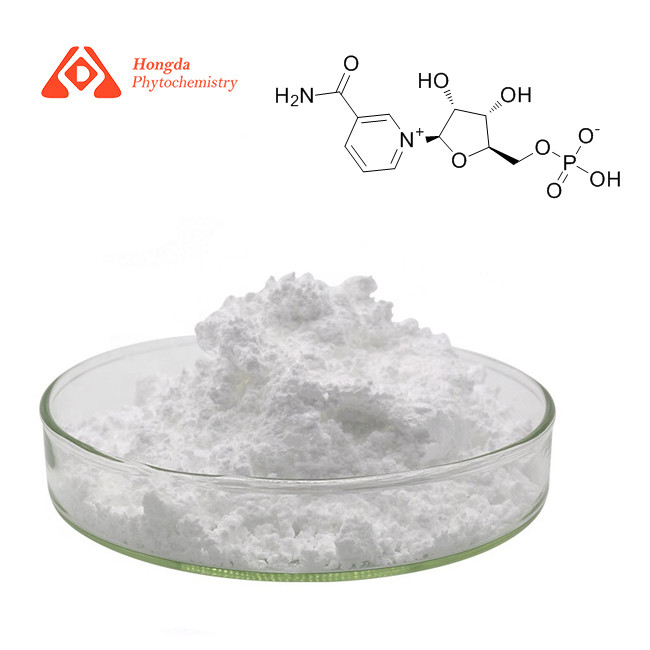 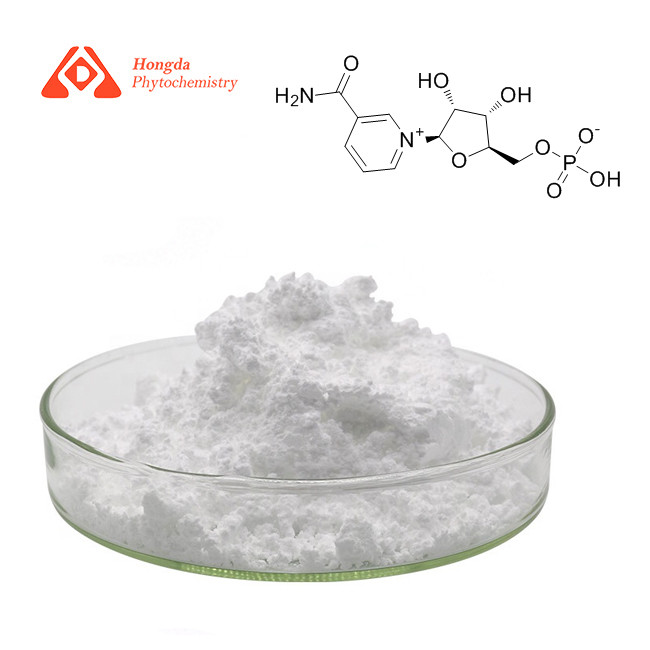 NMN (nicotinamide mononucleotide) is one of the derivatives of vitamin B3 (nicotinic acid) and an intermediate product of NAD+ biosynthesis. It is composed of phosphate groups and ribose and nicotinamide. Bioactive Nucleotides Formed by Nucleoside Reactions

Generally, it exists in two synonymous forms, alpha, and beta. The beta isomer is the active form with a molecular weight of 334.221 g/mol.

NMN is present in small amounts in various natural foods such as vegetables, fruits, and meat.

NAD+ (nicotinamide adenine dinucleotide) is an important coenzyme that exists in eukaryotic cells and is required for more than 500 enzymatic reactions. It plays a key role in a variety of biological processes, including metabolism, aging, mitochondrial function, DNA repair, and gene expression.

NAD+ levels in multiple organs gradually decline with age, which can accelerate the development of age-related diseases. Therefore, raising NAD+ is considered a possible response to disease and is critical to human health and longevity.

What are the empirical powers (benefits) of NMN?

1. Beneficial for the physical function of the elderly

Aging is associated with decreased muscle strength and fitness, which exacerbates the burden of daily workability, increases the risk of falls and adverse health outcomes

By 2030, the elderly population is projected to outnumber the number of children under the age of 10 (1.41 billion, 1.35 billion) According to projections for 2050, the number of people aged 60 and over will exceed that of teenagers and young adults aged 10 to 24 (2.1 billion people, 2 billion people)

A randomized, double-blind, placebo-controlled study (12 weeks in 108 participants over the age of 65) noted that supplementation with NMN (250 mg daily) improved lower extremity function and reduced drowsiness.

Habitual exercise is an effective factor in weight control for people of all ages, and it has many other positive effects, including preventing metabolic and cardiovascular disease and promoting mental health.

The results indicated that compared with the control group, the oxygen uptake, the percentage of maximal oxygen uptake, and the first and second ventilation thresholds of the NMN medium and high dose groups all increased to a higher degree.

Skeletal muscle accounts for 40% of total body weight and consists of slow-twitch and fast-twitch fiber types that differ in contractile protein composition, oxidative capacity, and matrix preference for ATP production.

The structure of the liver is destroyed by the presence of fibrous scars, which leads to loss of liver cells and dysfunction of normal liver function, eventually leading to liver failure.

Liver fibrosis is a reversible process, and as long as the liver is not in the advanced stage of cirrhosis, removal of the fibrotic response helps fibrosis to resolve.

An animal study pointed out that NMN supplementation inhibited the activation of hepatic stellate cells in mice and prevented liver fibrosis, providing a new opportunity for the development of liver fibrosis therapy.

Telomeres are specific DNA protein structures found at the ends of each chromosome that protect the genome from nucleolytic degradation, unwanted recombination, repair, and interchromosomal fusion.

Therefore, telomeres play a crucial role in preserving the information in our genome. As a normal cellular process, a small portion of telomeric DNA is lost with each cell division.

When telomere length reaches a critical value, cells age or die. Therefore, telomere length can serve as a biological clock to determine the lifespan of a cell and an organism.

Diabetes is a common chronic disease characterized by hyperglycemia. It has two types, which are summarized as type 1 diabetes and type 2 diabetes.

Type 1 diabetes is an autoimmune disease with absolute insulin deficiency that develops in young adults. Type 2 diabetes is characterized by insulin resistance, hyperinsulinemia, and beta-cell failure

Diabetes and poor control are associated with microvascular (retinopathy and nephropathy), macrovascular, and nonvascular (neuropathy) complications.

Alzheimer's disease, the most common form of dementia (affecting tens of millions of people worldwide), is characterized by synaptic loss and neuronal death in brain regions critical for learning, memory, and emotional control and progressive cognitive impairment.

Accumulation of two self-aggregating proteins, including extracellular amyloid plaques and intracellular neurofibrillary tangles, is a diagnostic feature of Alzheimer's disease