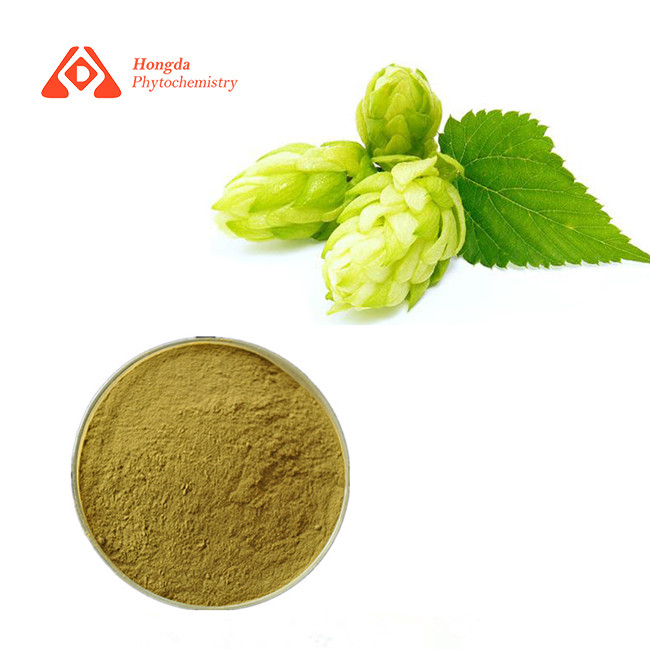 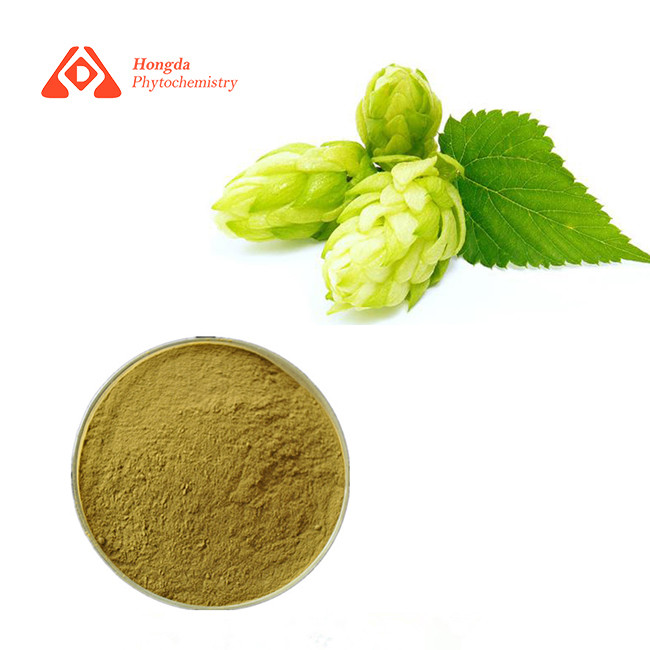 What is hops flower extract?

The hops flower extract is extracted and prepared from the female inflorescence of the moraceae plant hop Humuluslupulus L. as a raw material. It has the functions of anti-tumor, anti-oxidation, anti-bacterial, and elimination of free radicals in the body. It can be used as a food additive to prevent food from spoiling, and it can be used in medicine, cosmetics, health food and food antioxidants. Therefore, hops have great prospects for development and utilization. Hops is a dioecious herb with multiple annual fibrous roots entwined from Chemicalbook. It can grow in many parts of the world. The main production areas are in the United States, Europe, Australia, South America, China and other regions. Hops can give beer a special bitter taste and unique flavor, and have certain anti-corrosion properties, known as the "soul of beer", since the 12th century since hops began to be used in beer brewing, its main purpose is still to use For brewing beer.

In beer brewing, hops flower have an irreplaceable role:

1. Make beer with refreshing aroma, bitterness and antiseptic power. The aroma of hops and the fragrance of malt give the beer a subtle flavor. Beer, coffee and tea all win with fragrance and bitterness, which is also the charm of these beverages. Because hops have natural antiseptic power, there is no need to add toxic preservatives to beer.

2. The formation of excellent foam in beer. Beer foam is a complex of clomazone in hops and foaming protein from malt. Excellent hops and malt can produce white, delicate, rich and long-lasting beer foam.

3. Conducive to the clarification of wort. In the process of wort boiling, due to the addition of hops, the protein in the wort can be complexed and precipitated, thereby clarifying the wort and brewing pure beer.

Xanthohumol is the main isoprenyl-containing flavonoid in hops. In fact, hops are currently the only source of natural prenyl-containing flavonoids found. Flavonoid compounds have a wide range of physiological and pharmacological activities, including choleretic, antiulcer, liver protection, spasmolysis, diuresis, antiviral and so on. The isoprenyl flavonoids also have anti-proliferative and anti-cancer effects. Xanthohumol is the best cancer chemopreventive agent that has been researched so far: it inhibits the metabolic stimulus of pro-carcinogens; induces enzymes that detoxify carcinogens; inhibits the growth of early tumors.

1. Antioxidant effect: Studies have shown that the scavenging rate of xanthohumol on oxygen free radicals in the body is several times higher than that of other antioxidants, and its antioxidant capacity is stronger than vitamin E.

The main components of hop extract are flavonoids and flavonoids, which have antiviral effects. Studies have shown that hop extracts have inhibitory effects on a variety of bacteria, such as Bacillus anthracis, Bacillus cereus, Bacillus diphtheria, Pneumococcus, Staphylococcus aureus, etc.

1. It is used for food additives, which can be used for women's health care, antibacterial and anti-inflammatory, and improve sleep

3. It is used for drug addition and has diuretic and stomachic effects. The volatile oil in hops has a good effect on the treatment of heart disease; the rich polyphenol compounds have a certain effect on the treatment of various inflammations and liver infections caused by Watkin's disease. The bitter substances in hops, volatile oil, pectin, tannins, flavonoids and other compounds have obvious pharmacological activity by themselves.