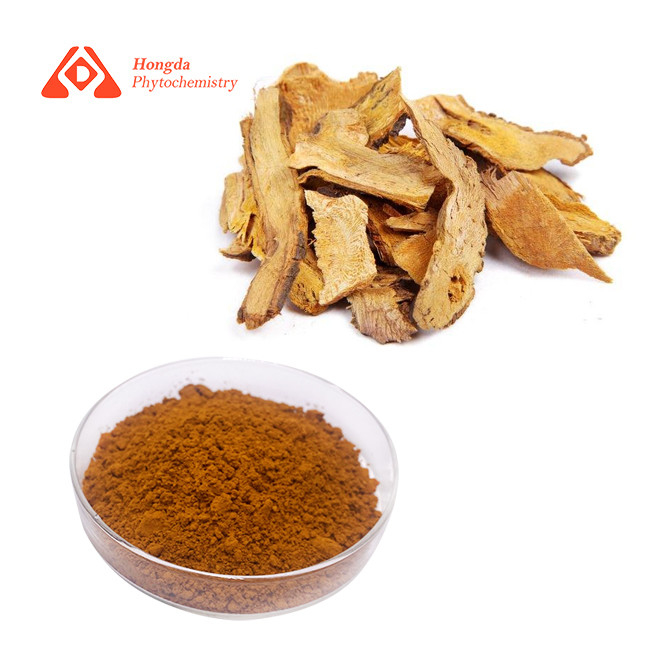 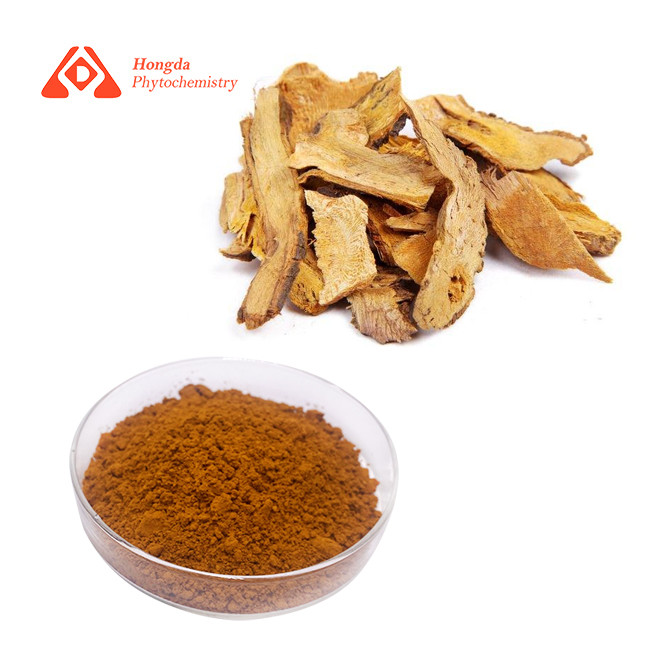 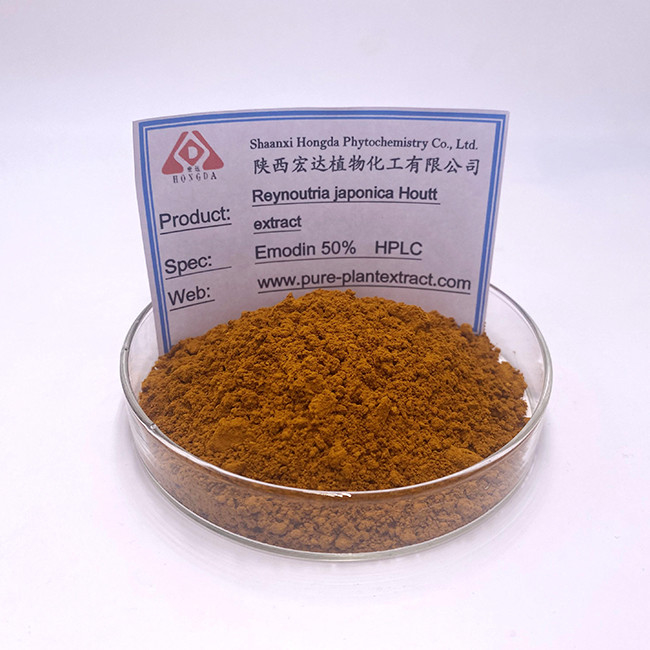 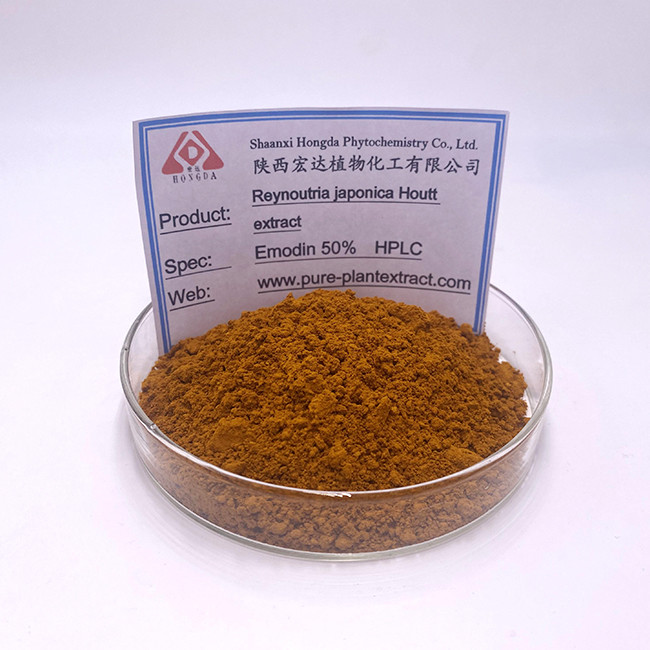 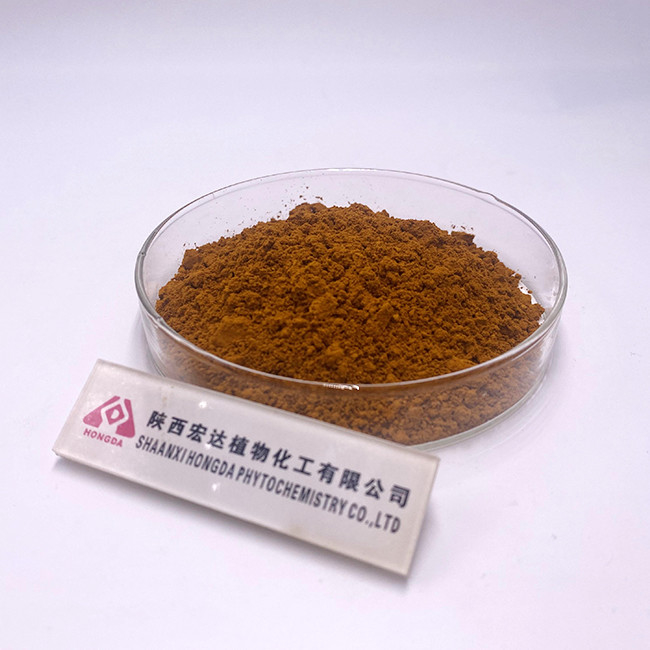 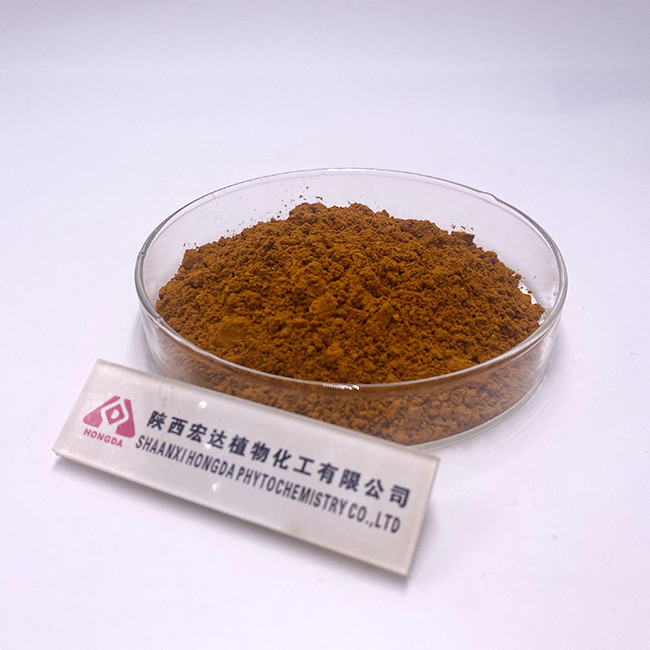 P. cuspidatum is a perennial plant growing to approximately 2 m tall. It has mucous hollow stems with reddish purple spots and ovate/elliptical deciduous leaves (5 to 12 cm by 4 to 9 cm). The male and female flowers occur on separate plants, and the fruits are black/brown, shiny, and ovoid. The plant is native to eastern Asia, including Japan, China, and Korea. It is cultivated in those countries and in the US, and is propagated by seeds or the root. Synonyms include Pleuropterus cuspidatus (Siebold & Zucc.) Moldenke, Fallopia japonica (Houtt.) Ronse Decr., Pleuropterus zuccarinii (Small) Small, Polygonum cuspidatum Siebold & Zucc. var. compactum (Hook. f.) L.H. Bailey, and Reynoutria japonica Houtt.

Huzhang (Japanese Knotweed) has been used in traditional Chinese medicine as well as in Japan and Korea for many years. Although used for various applications, few clinical studies validate claims and guidance regarding dosing or safety is limited.

At least 100 prescriptions using the root exist in the Pharmacopoeia of the People's Republic of China to treat bronchitis and cough, gonorrhea, inflammation, infection, jaundice, hyperlipidemia and hypertension, menopausal symptoms and amenorrhea, and skin burns. The root is used extensively in traditional medicine in China, Japan, and Korea, and the young plant parts are eaten as a vegetable. P. cuspidatum is a primary source of resveratrol, which is widely available in the United States as a botanical dietary supplement.

Methods of identification have been published, including high-performance liquid chromatography and thin-layer chromatography, which are based on the content of emodin and polydatin (minimum concentrations of 0.6% and 0.15%, respectively, per the Chinese pharmacopoeia). Chemical composition varies seasonally and with harvest time.

Studies in rats and mice have shown antioxidant properties of P. cuspidatum that are generally attributed to the chemical constituents of resveratrol, polydatin, piceatannol, and anthraquinones and stilbenes. Carbon tetrachloride–induced liver injury and induced acute cerebral ischemia were reduced by oral extracts of P. cuspidatum. In models of vascular dementia and Parkinson disease in rats, P. cuspidatum extract and polydatin administered orally resulted in improved cognitive and behavioral measures and increased antioxidant capacity in the relevant tissues.

In vitro studies using oral, lung, and prostate cancer cells, and in hepatocarcinoma, glioma, and leukemia have been conducted. Ethanol, methanol and aqueous P. cuspidatum extracts show pro-apoptotic activity and inhibition of angiogenesis, as well as direct cytotoxicity.

Studies conducted in the 1980s and 1990s in rodent models of hyperlipidemia showed decreased total cholesterol, as well as decreased triglycerides and low-density lipoprotein.