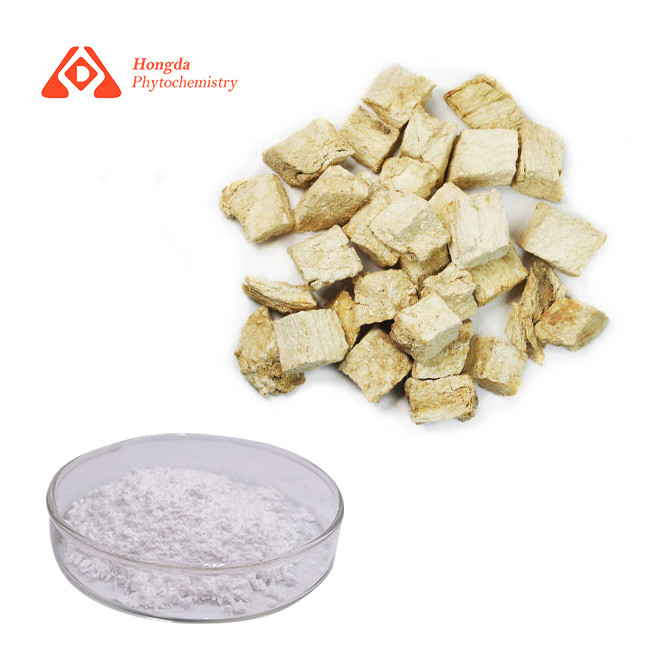 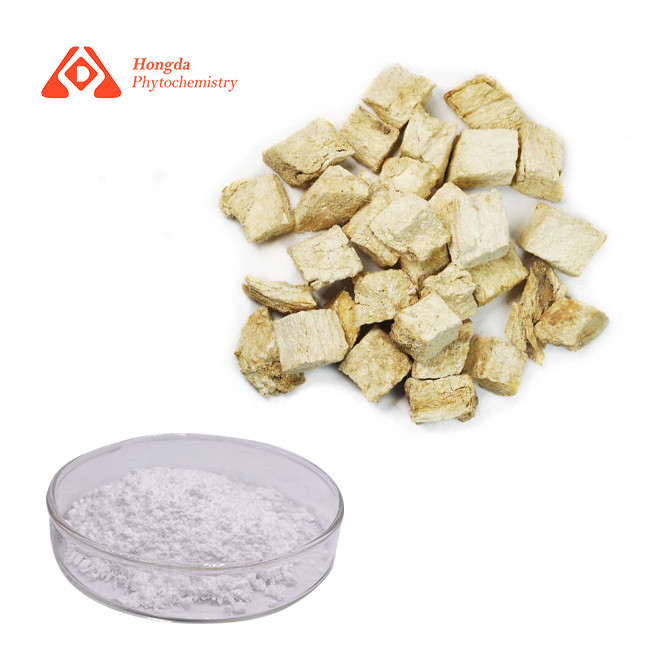 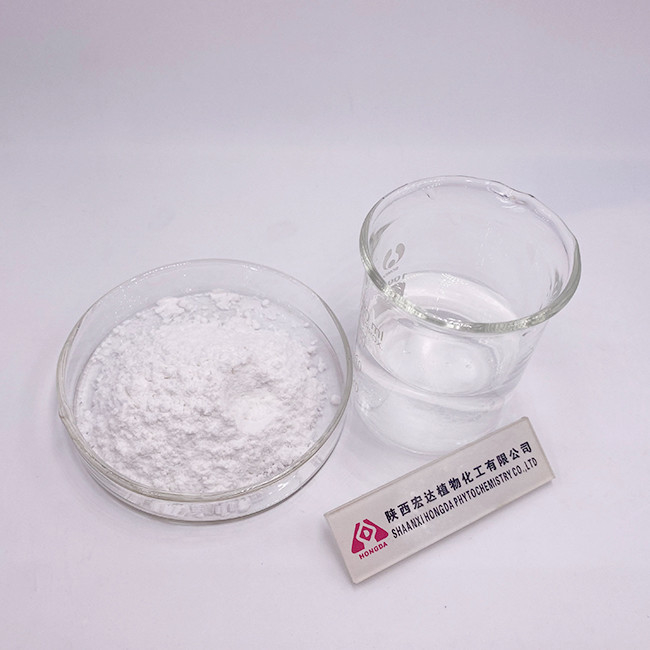 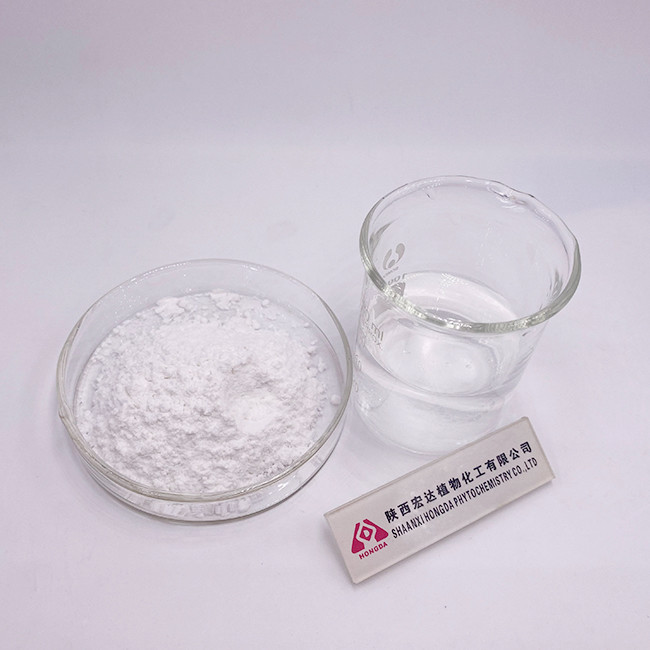 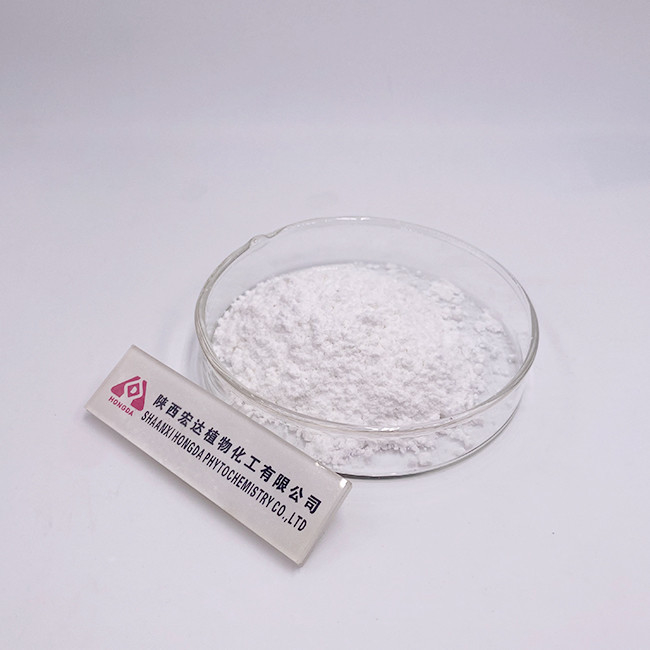 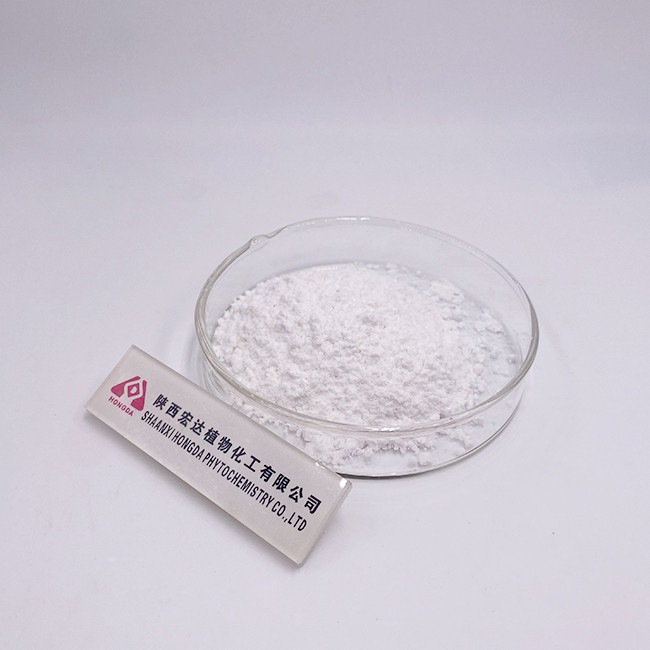 What is Pueraria Mirifica Extract?

Pueraria Mirifica (Pueraria Lobata, Pueraria Tuberosa,Kudzu,kwao krua kao) is one of the earliest medicinal plants used in traditional Chinese medicine. It has many profound pharmacological actions including anti-alcohol abuse activity. Although both the roots and flowers of kudzu, Radix and Flos puerariae, respectively, have been used to treat alcohol abuse safely and effectively in China for more than a millennium.

Pueraria Mirifica has two components that are used as traditional therapies; Pueraria lobata, the root based herb and Pueraria flos, the flower based herb. Both of these herbal components have different traditional claims and constituents.

Puerarin, also known as Pueraria flavonoids, is a natural isoflavone carbon glycoside and a key ingredient for Pueraria lobata root to exert its medicinal effects. Puerarin has the effects of lowering blood sugar, regulating blood lipids, protecting blood vessels, resisting oxidative stress, anti-infection, and improving insulin sensitivity index, and has fewer adverse reactions. It is known as "phytoestrogens" and is clinically used to treat the heart and brain. Diseases such as vascular disease, cancer, Parkinson's disease, Alzheimer's disease, diabetes and diabetic complications.

Application:
1. Applied in food field, puraria isoflavones can be used in foods and health products,to lower blood pressure and blood-fat;
2. Applied in pharmaceutical field, puraria isoflavones is widely used in biopharmaceuticals and API of cardiovascular system agents in China. As a kind of Chinese medicine injectio, puerarin is a common drug for heart and cerebrovascular disease;
3. Applied in cosmetics field, the phytoestrogen effect of puerarin can relieve symptom caused by decrease in estrogen level and aging, such as mastoptosis, crinkle, decrease in skin vitality and leukotrichia. Hence, it is frequently used in breast cream, eye cream and skin cream.

Estrogen is a steroid hormone involved in many of your body’s functions. In women, one of its primary roles is the development of sexual characteristics and regulation of mood and the menstrual cycle.

As women age, the production of estrogen decreases, which may lead to uncomfortable physical symptoms.

Phytoestrogens are plant compounds that mimic the behavior of estrogen. As Pueraria mirifica is rich in phytoestrogens, it’s often used to reliece symptoms of menopause.

However, a 2018 review found that current data on the efficacy of the herb for these purposes was largely inconclusive due to a lack of standardization of the supplement and overall poor study designs.

At this point, more well-designed studies are needed to determine if Pueraria mirifica is a safe and effective treatment for symptoms of menopause.

Pueraria mirifica may be an effective topical therapy for promoting the health of vaginal tissue and treating vaginal dryness.

Though these results are promising, more research is needed to understand how the plant may be used to support vaginal health and whether its benefits are better than other conventional treatments.

An inadequate supply of estrogen can lead to bone loss — which is a major health concern for menopausal and postmenopausal women.

Early-stage animal research suggests that supplementing with Pueraria mirifica may improve bone health due to its estrogen-like compounds.

A study in estrogen-deficient mice evaluated the effect of Pueraria mirifica on preventing osteoporosis. Results revealed better preservation of bone mineral density in certain bones of the mice that received the highest doses of the plant supplement.

Another study assessed the effect of oral Kwao Krua supplements on bone density and quality in postmenopausal monkeys over 16 months.

Both of these animal studies suggest that Kwao Krua may play a role in preventing osteoporosis. However, additional research is needed to understand if similar results could occur in humans.

Antioxidants are chemical compounds that reduce levels of stress and oxidative damage within your body, which may otherwise cause disease.

Some test-tube research suggests that Pueraria mirifica may have antioxidant properties.

Phytoestrogen compounds found in the plant may play a role in increasing and improving the function of certain antioxidants found within your body.

One study in estrogen-deficient mice compared the effect of Pueraria mirifica extract and synthetic estrogen supplements on antioxidant concentration in the liver and uterus.

Ultimately, more research is needed to understand whether Kwao Krua is effective for reducing oxidative stress and potentially preventing disease in humans.

5.May Have Anticancer Effects

Another possible health benefit of Pueraria mirifica is its potential to slow the growth of cancerous cells and tumors.

Some test-tube studies suggest that the plant and its phytoestrogen compounds may inhibit the growth of several breast cancer cell lines.

Moreover, a study found a cancer-protective effect in mice after supplementing with a specific compound derived from Kwao Krua known as miroestrol.

Though these results are promising, it’s still too early to make definitive claims regarding the role of this plant supplement in cancer prevention in humans. More research is needed.

Pueraria mirifica may also benefit your heart health — especially since heart health may be affected by decreased estrogen levels during and after menopause.

Estrogen is involved in the metabolism of fats and sugars within your body. Reduced estrogen levels can negatively influence factors that affect your heart health, such as higher cholesterol, increased inflammation, and weight gain.

One 90-day study in rabbits with low estrogen production on the effect of Pueraria mirifica on artery function found that the supplement significantly improved blood vessel function, compared to the control group.

The plant may also improve heart health due to its potential effects on cholesterol levels.

HDL — or “good” cholesterol — plays a role in keeping your arteries free from plaque. Thus, higher levels of this type of cholesterol promote heart health.

Conversely, having higher levels of “bad” LDL cholesterol is associated with a greater risk of heart disease. Therefore, lower levels of this compound are favorable.

These studies point to a possible heart-protective effect of Pueraria mirifica in certain populations. At this point, larger human studies are needed to draw conclusions regarding the specific role the plant supplement may play in preventing heart disease.

Estrogen plays an important role in maintaining a healthy brain and nervous system.

Some research suggests that estrogenic compounds present in Kwao Krua may protect against the damage to your brain and nervous system that may occur as a result of decreased estrogen levels.

In one study, estrogen-deficient mice were treated with a compound derived from Kwao Krua called miroestrol. The mice given miroestrol experienced a significant reduction in mental decline and oxidative stress within the brain tissue.

A separate study also saw a protective effect on the brain cells of mice with estrogen-related mental deficits who were treated with a Kwao Krua extract.

Though it seems that Pueraria mirifica may have the potential to protect the nervous system, research exploring its role on brain health in humans is currently lacking.