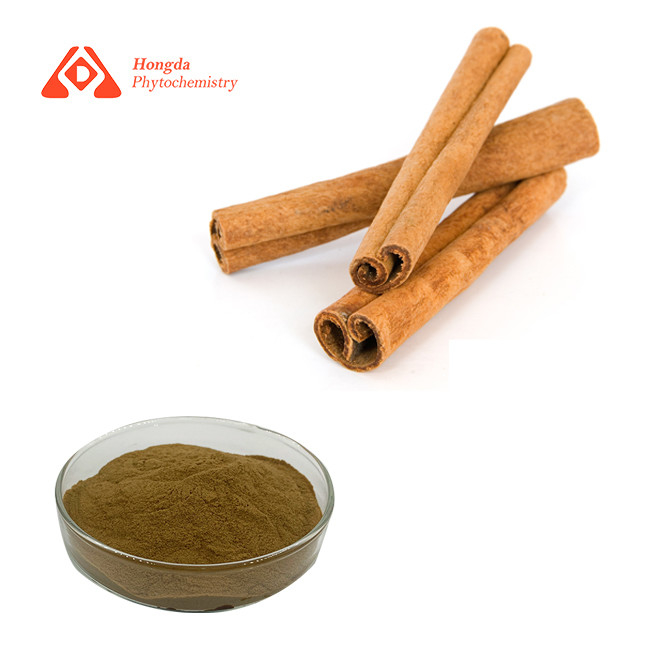 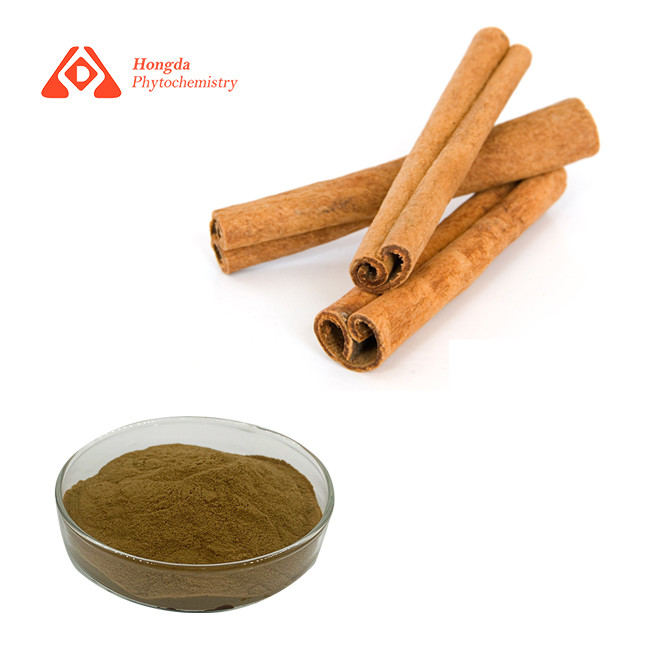 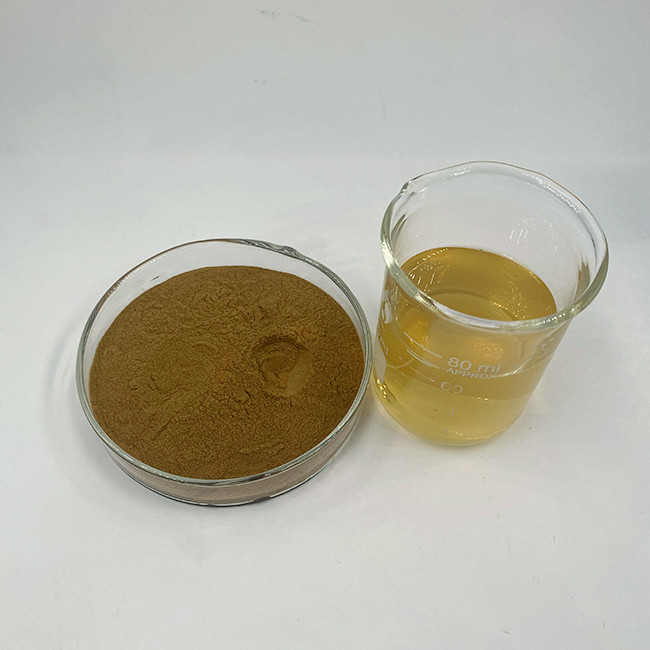 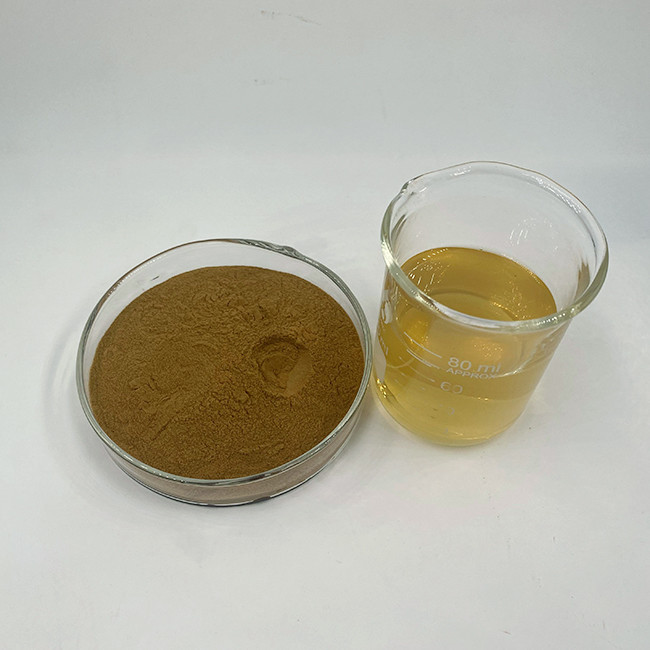 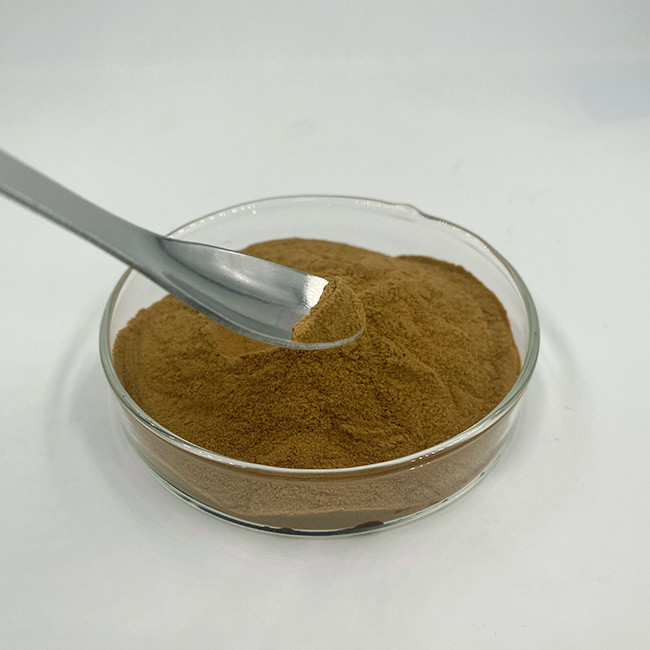 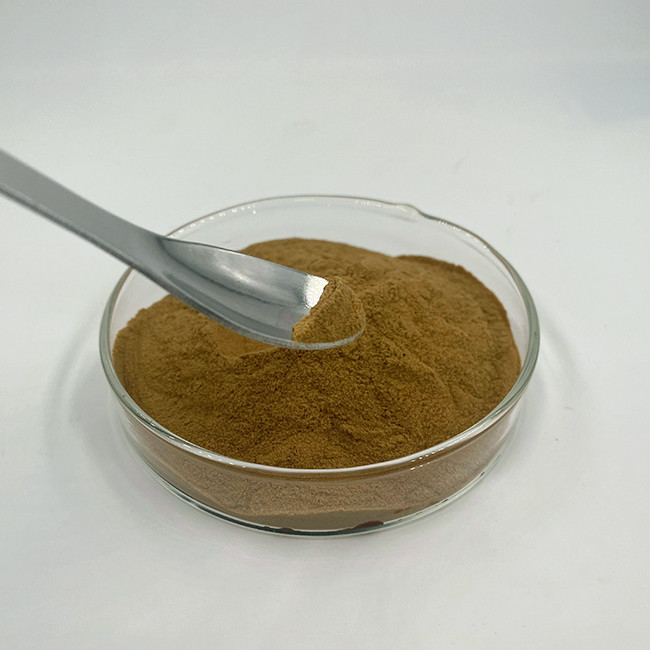 Cinnamon Extract is extracted from Cinnamomum cassia which called cassia or Chinese cinnamon,is an evergreen tree native to southern China,Bangladesh,Uganda,India and Vietnam.Like its close relative Cinnamomum verum,known as "Ceylon cinnamon",it is used primarily for its aromatic bark,which is used as a spice.In the United States of America,cassia is often sold under the culinary name of "cinnamon". The buds are also used as a spice,especially in India,and were once used by the ancient Romans.The tree grows to 10–15 m tall,with greyish bark and hard elongated leaves that are 10–15 cm long and have a decidedly reddish colour when young.

1. Cinnamon Is High in a Substance With Powerful Medicinal Properties

Cinnamon is a spice that is made from the inner bark of trees scientifically known as Cinnamomum.

It has been used as an ingredient throughout history, dating back as far as Ancient Egypt. It used to be rare and valuable and was regarded as a gift fit for kings. These days, cinnamon is cheap, available in every supermarket and found as an ingredient in various foods and recipes. There are two main types of cinnamon.

Ceylon cinnamon: Also known as “true” cinnamon. Cassia cinnamon: The more common variety today and what people generally refer to as “cinnamon.” Cinnamon is made by cutting the stems of cinnamon trees. The inner bark is then extracted and the woody parts removed. When it dries, it forms strips that curl into rolls, called cinnamon sticks. These sticks can be ground to form cinnamon powder. The distinct smell and flavor of cinnamon are due to the oily part, which is very high in the compound cinnamaldehyde. Scientists believe that this compound is responsible for most of cinnamon’s powerful effects on health and metabolism.

2. Cinnamon Is Loaded With Antioxidants

Antioxidants protect your body from oxidative damage caused by free radicals. Cinnamon is loaded with powerful antioxidants, such as polyphenols. In a study that compared the antioxidant activity of 26 spices, cinnamon wound up as the clear winner, even outranking “superfoods” like garlic and oregano. In fact, it is so powerful that cinnamon can be used as a natural food preservative.

Inflammation is incredibly important.It helps your body fight infections and repair tissue damage. However, inflammation can become a problem when it’s chronic and directed against your body’s own tissues. Cinnamon may be useful in this regard. Studies show that this spice and its antioxidants have potent anti-inflammatory properties.

4. Cinnamon May Cut the Risk of Heart Disease

Cinnamon has been linked to a reduced risk of heart disease, the world’s most common cause of premature death. In people with type 2 diabetes, 1 gram or about half a teaspoon of cinnamon per day has been shown to have beneficial effects on blood markers. It reduces levels of total cholesterol, “bad” LDL cholesterol and triglycerides, while “good” HDL cholesterol remains stable. More recently, a big review study concluded that a cinnamon dose of just 120 mg per day can have these effects. In this study, cinnamon also increased “good” HDL cholesterol levels. In animal studies, cinnamon has been shown to reduce blood pressure.

When combined, all these factors may drastically cut your risk of heart disease.

5. Cinnamon Can Improve Sensitivity to the Hormone Insulin

Insulin is one of the key hormones that regulate metabolism and energy use. It’s also essential for transporting blood sugar from your bloodstream to your cells. The problem is that many people are resistant to the effects of insulin. This is known as insulin resistance, a hallmark of serious conditions like metabolic syndrome and type 2 diabetes. The good news is that cinnamon can dramatically reduce insulin resistance, helping this important hormone do its job. By increasing insulin sensitivity, cinnamon can lower blood sugar levels, as discussed in the next chapter.

Cinnamon is well known for its blood-sugar-lowering properties. Apart from the beneficial effects on insulin resistance, cinnamon can lower blood sugar by several other mechanisms. First, cinnamon has been shown to decrease the amount of glucose that enters your bloodstream after a meal. It does this by interfering with numerous digestive enzymes, which slows the breakdown of carbohydrates in your digestive tract . Second, a compound in cinnamon can act on cells by mimicking insulin. This greatly improves glucose uptake by your cells, though it acts much slower than insulin itself. Numerous human studies have confirmed the anti-diabetic effects of cinnamon, showing that it can lower fasting blood sugar levels by 10–29%. The effective dose is typically 1–6 grams or around 0.5–2 teaspoons of cinnamon per day. For more information on how you can lower your blood sugar levels, check out 15 easy ways to lower blood sugar levels naturally.

7. Cinnamon May Have Beneficial Effects on Neurodegenerative Diseases

Neurodegenerative diseases are characterized by progressive loss of the structure or function of brain cells.

Alzheimer’s and Parkinson’s disease are two of the most common types. Two compounds found in cinnamon appear to inhibit the buildup of a protein called tau in the brain, which is one of the hallmarks of Alzheimer’s disease. In a study in mice with Parkinson’s disease, cinnamon helped protect neurons, normalized neurotransmitter levels and improved motor function. These effects need to be studied further in humans.

8. Cinnamon May Protect Against Cancer

Cancer is a serious disease, characterized by uncontrolled cell growth. Cinnamon has been widely studied for its potential use in cancer prevention and treatment. Overall, the evidence is limited to test-tube and animal studies, which suggest that cinnamon extracts may protect against cancer. It acts by reducing the growth of cancer cells and the formation of blood vessels in tumors and appears to be toxic to cancer cells, causing cell death. A study in mice with colon cancer revealed that cinnamon is a potent activator of detoxifying enzymes in the colon, protecting against further cancer growth. These findings were supported by test-tube experiments, which showed that cinnamon activates protective antioxidant responses in human colon cells. Whether cinnamon has any effect in living, breathing humans needs to be confirmed in controlled studies. For a list of 13 foods that could potentially lower your risk of cancer, you might want to read this article.

Cinnamaldehyde, one of the main active components of cinnamon, may help fight various kinds of infection.

Cinnamon oil has been shown to effectively treat respiratory tract infections caused by fungi. It can also inhibit the growth of certain bacteria, including Listeria and Salmonella. However, the evidence is limited and so far cinnamon has not been shown to reduce infections elsewhere in the body. The antimicrobial effects of cinnamon may also help prevent tooth decay and reduce bad breath.

HIV is a virus that slowly breaks down your immune system, which can eventually lead to AIDS, if untreated. Cinnamon extracted from Cassia varieties is thought to help fight against HIV-1, the most common strain of the HIV virus in humans. A laboratory study looking at HIV-infected cells found that cinnamon was the most effective treatment of all 69 medicinal plants studied. Human trials are needed to confirm these effects.

3. Cinnamon Extract applied in pharmaceutical field, to be added into capsule to reduce blood sugar.