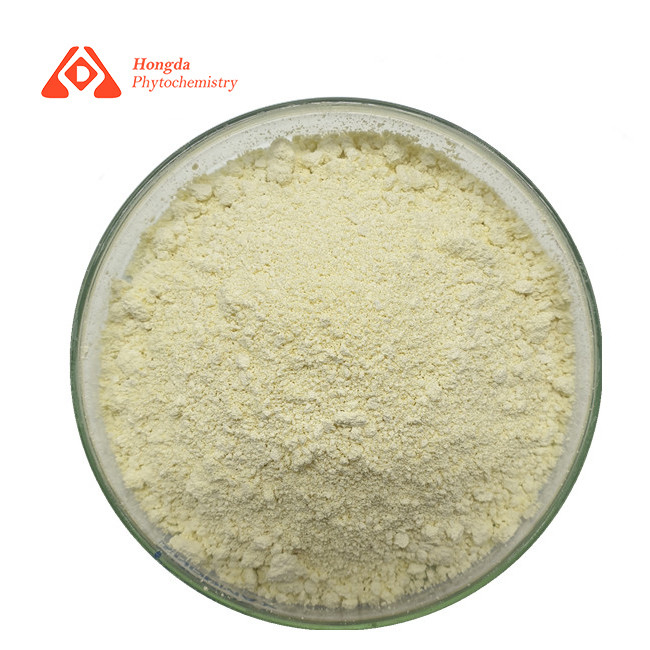 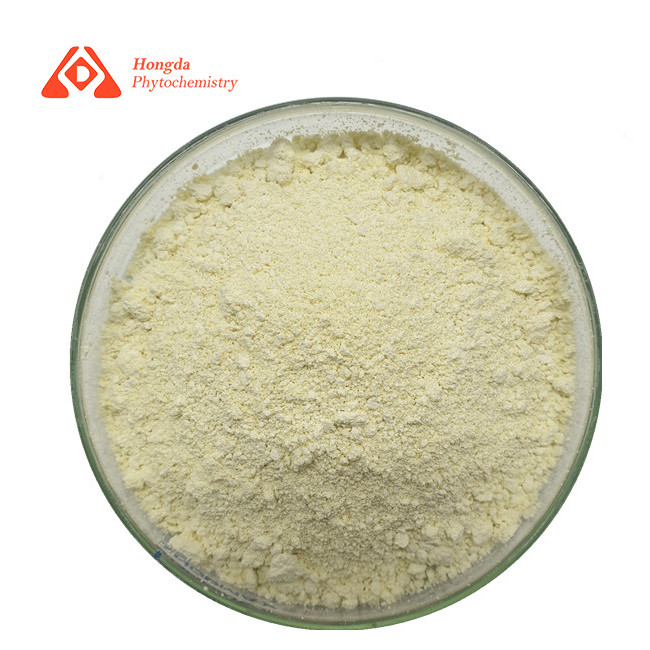 Luteolin, mostly in the form of glycosides, exists in a variety of plants. These plants have higher content of whole-leaf green orchid, pepper, wild chrysanthemum, honeysuckle, and perilla. It has antitussive and expectorant effects. According to the latest research, respiratory symptoms, cough, sputum, and wheezing, are all related to chronic airway inflammation. For example, bronchial asthma, chronic obstructive pulmonary disease, chronic pharyngitis, allergic rhinitis, etc. cause coughing, sputum expectoration, and wheezing, which are all considered to be related to local inflammatory infiltration. The presence of inflammation makes the airway immune response chaotic, and patients often There is increased airway reactivity. The treatment method should first eliminate the chronic inflammatory infiltration of the airway. Glucocorticoids are commonly used to eliminate airway inflammation. However, glucocorticoids have many side effects and should not be used for a long time. Studies have shown that luteolin inhibits the phosphorylation of macrophages, inhibits the activity of transcription factor NF-kB, and can inhibit the production of cytokines IL-6 and TNF-a by macrophages induced by lipopolysaccharide (LPS). In addition, studies have also shown that luteolin has the effect of inhibiting the formation of uric acid and promoting the excretion of uric acid. The latter two cytokines play a very important role in the inflammation mechanism and are sensitive indicators that reflect the degree of inflammation. Luteolin can also increase IFN-γ, reduce specific Ig-E, and reduce the infiltration of eosinophils. In addition, in addition to anti-inflammatory and anti-allergic effects, luteolin also has the properties of inhibiting PDE, anti-SARS, and HIV virus. The reason is that it inhibits the activity of the pre-S protein of SARS virus, thereby preventing it from entering host cells. It is used to treat chronic coughs caused by COPD, bronchial asthma, and chronic pharyngitis and allergic rhinitis.

It is believed that the anti-inflammatory activity of luteolin is related to inhibiting the production of nitric oxide (NO) and other inflammatory cytokines such as tumor necrosis factor-α (TNF-α) and interleukin-6 (IL-6), and inhibiting protein complex The phosphorylation of amino acid is related to gene expression mediated by nuclear transcription factor KB (NF-KB).

Luteolin mainly relies on changing cell signaling pathways to inhibit tumor cell growth factors or changing kinase activity to resist the infiltration of cancer cells, and it can also inhibit tumor cell growth by blocking the cell cycle. Studies have shown that: Luteolin can selectively inhibit the fatty acid synthase activity of prostate cancer and breast cancer cells, which is related to its anti-tumor cell growth and apoptosis; Luteolin can significantly reduce the incidence of colon cancer caused by dimethylhydrazine As well as the size of the tumor, it can regulate lipid peroxidation, anti-oxidation, and anti-proliferation. Luteolin can inhibit the invasion and movement ability of ovarian cancer cell HO8910PM in a dose-dependent manner in vitro, and it can inhibit matrix metalloproteinase-9 (MMP-9). ) Secretion and down-regulation of the expression of extracellular signal-regulated kinase 2 (ERK2).

Luteolin can protect oligodendrocytes against oxidative damage induced by hydrogen peroxide in a dose-dependent manner in vitro, strongly inhibit the phagocytosis of myelin by macrophages, significantly reduce the production of cellular reactive oxygen species, and reduce the expression of iNOS protein. At low doses, the level of NO produced by macrophages was significantly reduced.

Luteolin can reduce the degree of liver fibrosis, reduce the content of hydroxyproline (HYP), malondialdehyde (MDA) and the expression of type I procollagen mRNA in liver tissues, and can inhibit hepatic stellate cells (HSC) in vitro Proliferation and collagen synthesis. It can also improve the histopathological changes of pulmonary fibrosis caused by bleomycin, reduce lung mass index, significantly reduce the increase of MDA and HYP, and inhibit the expression of transforming growth factor-β1 (TGF-β1) mRNA in lung tissue , In vitro can inhibit the proliferation of human embryonic lung fibroblasts and promote their apoptosis.

Luteolin has significant dose-dependent anti-implantation activity. After oral administration, it can significantly increase the weight and diameter of the uterus, the thickness of the endometrium and the height of its epithelial cells. When used alone, it has an estrogen-like effect. When alcohol is used in combination, it has an anti-estrogen effect.

8. The effect on blood vessels

Luteolin can inhibit vascular endothelial growth factor (VEGF)-induced rabbit corneal angiogenesis in vivo; inhibit tumor growth and angiogenesis in murine xenograft tumor models; inhibit VEGF-induced human umbilical vein endothelial cells (HUVECs) in vitro Survival and proliferation. It can significantly inhibit the proliferation and DNA synthesis of vascular smooth muscle cells induced by platelet-derived growth factor-BB (PDGF-BB), and can block the cell cycle in the G1 phase. It can reduce the tension of phenylephrine pre-contracted blood vessels in a concentration-dependent manner, antagonize the vasoconstriction caused by high potassium, and has arterial relaxation effect, and its vasodilation effect is not endothelial dependent. Its mechanism of action is directly related to the direct inhibition of voltage-dependent calcium channels, Receptor-operated calcium channels, intracellular calcium release, and activation of potassium channels are related, but have nothing to do with α and β receptors.

Luteolin can inhibit a variety of bacteria and viruses, such as Staphylococcus aureus, Escherichia coli, herpes simplex virus, polio virus, Coxsackie B3 virus and so on. It can inhibit the activity of HIV-1 integrase of HIV and has potential anti-HIV effects. Luteolin can bind to the s2 protein of the severe acute respiratory syndrome (SARS) coronavirus, thereby inhibiting the virus from entering the host cell. Luteolin also has the effect of resisting Leishmania donovani, and inhibits its growth by inhibiting the effects of Leishmania donovani topoisomerase I and topoisomerase II. In addition, luteolin also has immune regulation and blood pressure lowering effects.