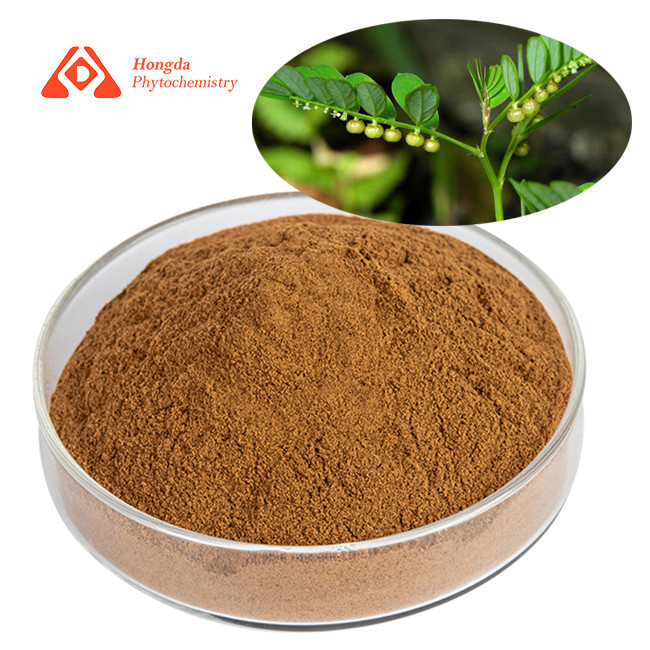 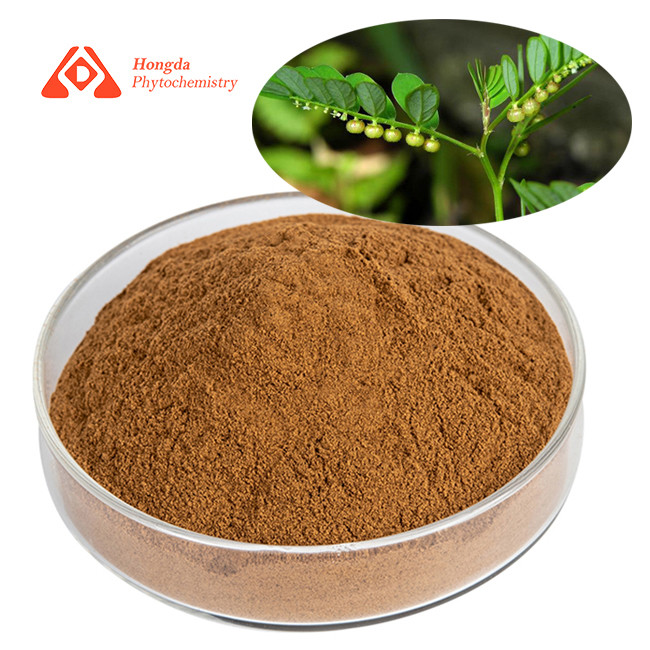 The Chinese traditional medicine Nephratica is the whole grass under the leaves of euphorbiaceae plants or the whole grass with roots. It is born in the desert flat land, dry land, mountain roadside or forest edge below 500 meters above sea level.

Phyllanthus is an annual herb, 10-40 cm high, bald or nearly bald. The stem is erect, and the branches are often red, with wing-like longitudinal edges. Single leaves alternate, arranged in 2 rows, resembling compound leaves; leaves are long oval, 5-15 mm long, 2-5 mm wide, pointed or obtuse at apex, round base, gray-green below; petiole short or nearly sessile; The stipules are small and pointy triangle. Flowers unisexual, monoecious, axillary, small, auburn; sessile or short-stalked; 6 calyxes; corolla missing; 2 to 3 male flowers congregate, 3 stamens, filament bases connate, medicinal chamber longitudinally split; female flowers in There are 2 rows under the leaves and 3 ovaries. The capsule is sessile, oblate, about 3 mm in diameter, auburn, with scaly protrusions on the surface. The seeds are triangular-ovate, light brown, with horizontal stripes. Flowering from July to August.

Dry whole grass with roots, the rhizomes are light brown and pithed; the main roots are underdeveloped, with many fibrous roots, and light gray-brown. The stem is about 2 to 3 mm thick, and the base of the old stem is grayish brown; the stems and branches have longitudinal wrinkles, gray brown, gray brown or brownish red; they are brittle and fragile, with hollow sections. The branches have longitudinal wrinkles and inconspicuous membranous wing-like ridges. The leaves are thin and small, gray-green, shrunken, and easy to fall off. The flowers are small, with axils growing under the back of the leaves, mostly shrinking. Some have oblate and brown fruits. Slightly fragrant, slightly bitter leaves.

What Is Phyllanthus Used For?

Phyllanthus has been used in the Ayurvedic system of medicine for over 2,000 years, where it is believed to prevent or treat a wide range of unrelated health conditions. Various species of Phyllanthus are often referred to as Bhumyamalaki, which is widely used to treat liver disorders.

Other conditions commonly treated by Phyllanthus include:

The evidence supporting these health claims is generally weak. With that being said, there is evidence that Phyllanthus can aid in the treatment of certain liver or kidney diseases. Here is what some of the current research says.

Scientists have found that certain species of Phyllanthus may help prevent liver inflammation and damage. According to a 2012 study in Pharmaceutical Biology, extracts of Phyllanthus polyphyllus, Phyllanthus emblica, and Phyllanthus indofischeri were able to protect liver cells (called hepatocytes) from oxidative stress when exposed to hydrogen peroxide in a series of test-tube studies.

The results were supported by a 2017 study published in the journal Nutrients in which a 50% extract of Phyllanthus niruri appeared to halt the progression of non-alcoholic fatty liver disease (NAFLD) in mice. Not only was the extract able to normalize liver enzymes, but there was no sign of fibrosis (scarring) in liver tissue samples. These effects were attributed to a plant-based polyphenol called phyllanthin, which is unique to Phyllanthus genus.

Further research is needed to determine whether the same effects can be achieved in humans.

Hepatitis B is a form of viral hepatitis that can cause long-term liver inflammation and damage. Since as far back as the 1990s, studies have suggested that Phyllanthus can eradicate the hepatitis B virus (HBV), effectively "curing" users of the chronic infection. Many of these studies were criticized for including acutely infected individuals in the research. In people with acute hepatitis B, meaning that they were recently infected, as many as 90% will experience spontaneous clearance of the virus without treatment. Only a small number will progress to a chronic HBV infection, some of whom may never experience symptoms.

Phyllanthus has long been used in alternative medicine to prevent and treat kidney stones (also known as renal calculi). There is some evidence to support this claim. According to a 2018 study in the International Brazilian Journal of Urology, 56 adults with kidney stones were instructed to drink an infusion tea made with Phyllanthus niruri twice daily for 12 weeks. Each infusion was made with 4.5 grams of the dried herb steeped in 250 milliliters (1 cup) of boiling water.

At the end of the study period, the participants had an overall 37.5% reduction in the size of their kidney stones. Moreover, the infusion decreased uric acid and urinary oxalate levels that contribute to the development of stones, suggesting that Phyllanthus may also help prevent them.

Some scientists believe that Phyllanthus has anti-tumor properties that may one day lead to the development of a new class of cancer drugs.

A 2010 study published in Phytotherapy Research aimed to evaluate the effect of Phyllanthus emblica (also known as the Indian gooseberry) on human cancer cell lines. In a series of animal and test-tube experiments, the scientists reported that an extract of Phyllanthus emblica was able to slow tumor growth by inducing apoptosis (programmed cell death) in a wide range of cancer cells. Unlike normal cells that undergo apoptosis so that old cells can be replaced with new cells, cancer cells are effectively "immortal" and do not experience apoptosis.

As positive as the findings seem, a great many plant-based substances can trigger apoptosis in a test tube. That Phyllanthus was able to reduce tumor size by 50% in mice suggests that it may have real-world applications. Further research is needed.

1) Pharmaceutical as capsules or pills;

2) Functional food as capsules or pills;

4) Health products as capsules or pills.