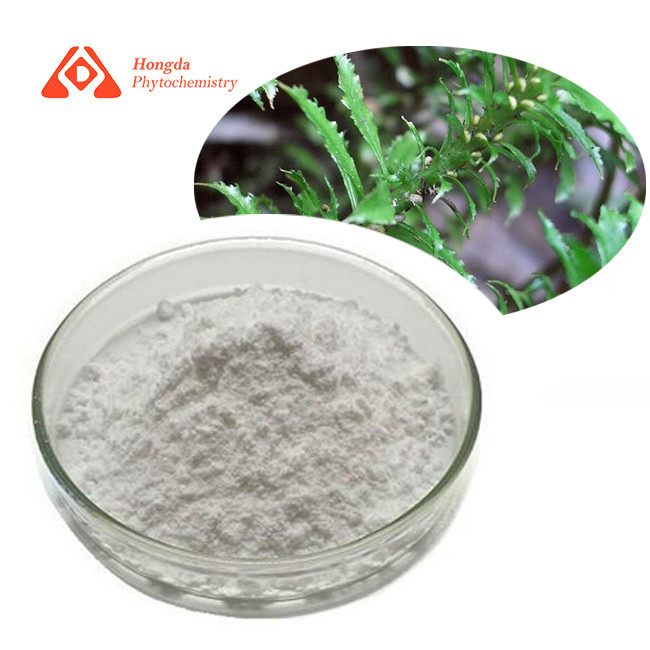 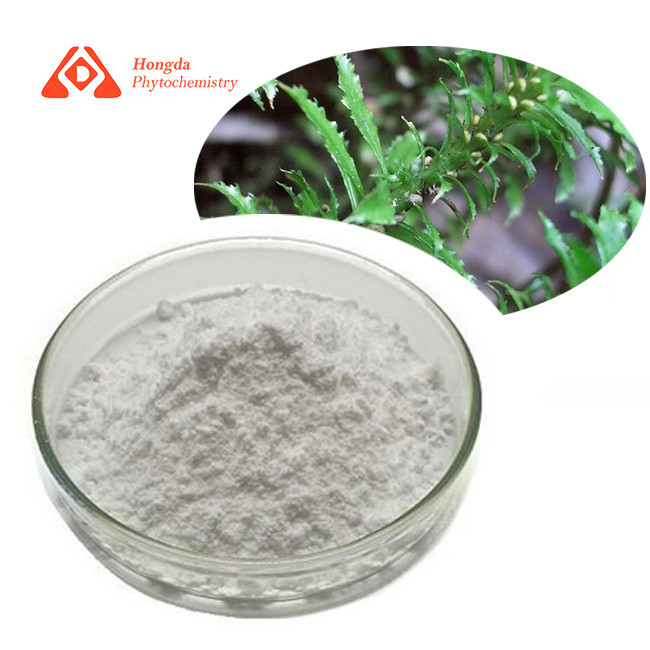 Huperzia serrata, a type of fir moss, is also known as Chinese club moss. It is used as a component in traditional Chinese herbal formulas for blood circulation and to relieve pain. A purified alkaloid extract from this plant known as huperzine A has neuroprotective effects and has been developed as a treatment for Alzheimer’s disease and dementia in Asia. In the US, it is available as a dietary supplement to promote cognitive function. It is also used by some cancer patients to relieve pain and neurological dysfunction due to chemotherapy.

Most studies on H. serrata are based on the extract huperzine A, which selectively inhibits acetylcholinesterase. Animal studies show it has antiapoptotic, anti-inflammatory, and antioxidative properties which contribute to its protective effects in nerve agent poisoning, myasthenia gravis, hepatic reperfusion injury, and diabetes-associated cognitive decline. Clinical studies on huperzine A as a treatment for Alzheimer’s disease have yielded mixed results, but a meta-analysis suggests that it may be helpful for patients with mild to moderate cognitive dysfunction. One study found it improved cognitive function in vascular dementia patients. More well-designed studies are needed to determine safety and effectiveness.

Huperzine A was identified for medicinal use by scientists at the Chinese Academy of Sciences in the 1980s. It increases levels of a chemical called acetylcholine. This seems to help treat diseases that interfere with memory and thinking.

People use huperzine A to improve memory and mental function in people with Alzheimer disease or other types of dementia. It is also used for depression, schizophrenia, and many other conditions, but there is no good scientific evidence to support these uses.

While research on the health effects of huperzine A is limited, there's some evidence that huperzine A may offer certain benefits. Here's a look at some key findings from the available research:

Huperzine A appears to be of some benefit to people with Alzheimer's disease, according to a 2013 research review published in PLoS One. Researchers searched for all randomized controlled trials on the efficacy and safety of huperzine A for Alzheimer's disease and concluded that huperzine A was more effective than a placebo in terms of its effects on cognitive function, behavioral disturbance, and functional performance. This was also found in a 2008 review published in Cochrane Database of Systematic Reviews.﻿

However, a 2011 study published in Neurology showed huperzine A failed to improve cognitive function in Alzheimer's patients. The study involved 210 people with mild to moderate Alzheimer's disease, each of whom received either huperzine A or a placebo for at least 16 weeks. In their analysis of the 177 participants who completed the study, researchers found that huperzine A did not have a significant effect on cognitive function.

Very few studies have tested the use of huperzine A for memory enhancement. However, an older, small study published in the Chinese journal Acta Pharmacologica Sinica in 1999 found that huperzine A helped improve memory and learning in a group of adolescent students. For the study, 68 junior high students (all of whom complained of memory inadequacy) were given either huperzine A or a placebo every day for four weeks. By the study's end, members of the huperzine A group showed greater improvements in learning and memory (compared to members of the placebo group).

More research is needed before huperzine A can be recommended for memory enhancement.

Huperzine A can be used for the treatment of the following symptoms: