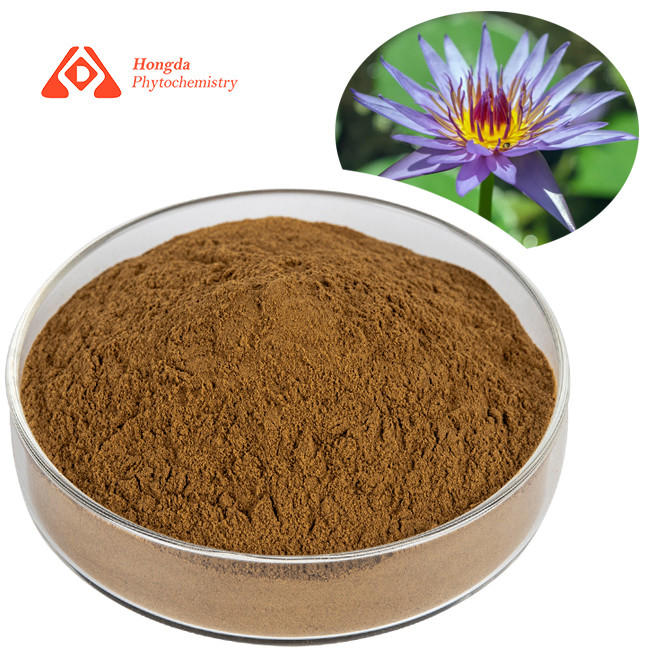 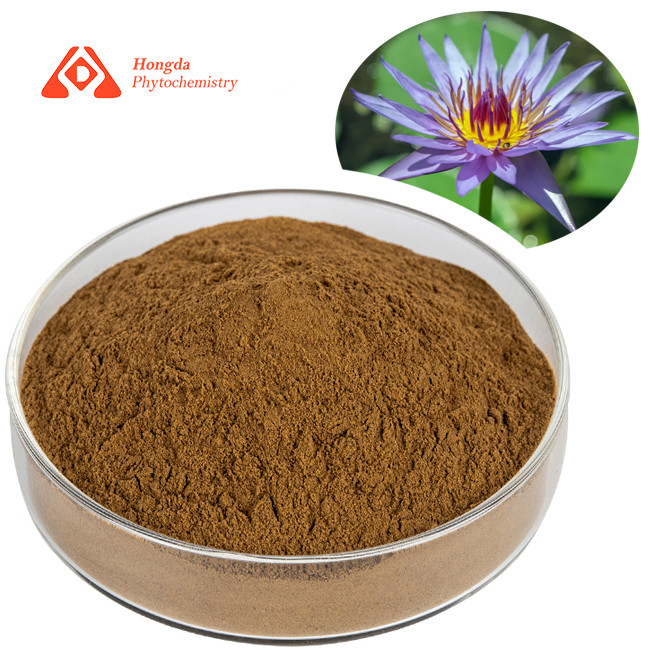 What is blue lotus flower?

Blue lotus flower is a water lily that predominantly grows in Egypt and certain parts of Asia. It holds cultural importance, and images of the flower have been found on ancient papyri and on the walls of tombs. Historians believe it was once used in Egypt as a traditional medicine to treat an array of conditions and disorders like anxiety and insomnia.

It’s known as an entheogenic drug, which is a mind-altering substance believed to alter one’s consciousness in a spiritual or religious manner. This term is commonly used instead of “hallucinogenic” or “psychedelic”.

The two main compounds responsible for the flower’s psychoactive and medicinal effects are apomorphine and nuciferine:

Apomorphine. A psychoactive compound that acts as a dopamine agonist, meaning it can instill a happy and euphoric feeling. It may also help with muscle control in those with conditions such as Parkinson’s disease and erectile dysfunction.

Nuciferine. A compound thought to act as an antipsychotic drug that induces feelings of calmness through mechanisms that aren’t yet fully understood. It has also been shown to improve symptoms of erectile dysfunction.

Consuming blue lotus flower may make you feel “high” and result in a gentle euphoria. Some people have drawn comparisons to the high you experience after consuming cannabis, though this can be largely individual.

Currently, blue lotus flower isn’t approved for human consumption in the United States. However, it’s not a controlled substance and is legally allowed to be cultivated, sold, and purchased except in the state of Louisiana where it’s illegal.

The most common forms of the flower include teas, infused wine and spirits, and products to smoke or vape. You may be able to find these in specialty holistic wellness stores, vape shops, or online. Despite this, always check your local and federal laws regarding the legality of any psychoactive substances and speak with a healthcare professional before trying them.

Blue Lotus Flower Tea was and is really known for its hallucinating effects. In ancient times Egyptians preferred consuming Blue Lotus Flower Tea to add to their celebrations as it creates a mind-blowing effect. So, due to its Psychoactive effects, this Tea bestows a feeling of joy, which makes it most preferred. Although this should be consumed consciously, this tea is certainly not harmful as are alcohol and unprescribed drugs so you needn’t worry about that.

Due to the presence of compounds like nuciferine and aporphine, Blue Lotus Flower Tea stabilizes and strengthens your sleeping process. These compounds have an antispasmodic effect and a soothing sensation that may help to persuade a tranquil sleep.

It is challenging for some women to pass through that one week of the month. They face a lot of menstrual issues, including painful menstrual cramps which only offer excruciating pain. Blue Lotus Flower Tea can be an effective natural remedy. It can ease the cramps and also stabilize the menstrual cycle.

Blue Lotus Flower Tea is frequently consumed by many individuals to rise to or intensify lucid dreaming. To brew an influential Tea, people even use blue lotus flower to attain these lucid dreams. But it is preferred to use Blue Lotus tea bags for better and enhanced results.

Blue Lotus Tea acts as a sexual enhancer as well. Its composition affects the hormones of both males and females. Additionally, it was also used in ancient Egypt, where its consumption was considered before sexual ceremonies.

Blue Lotus Flower Tea is a mild herbal Tea that creates no damage unless consumed in enormous quantities, leading to increased heart rate and hot flashes. When Blue Lotus Tea is consumed along with some painkillers, it may result in dizziness and nausea. Pregnant women and children should not drink Blue Lotus Tea in large quantities and regularly as it may have some side effects. 2-3 cups of this tea every day is totally alright and causes no side effects whatsoever!