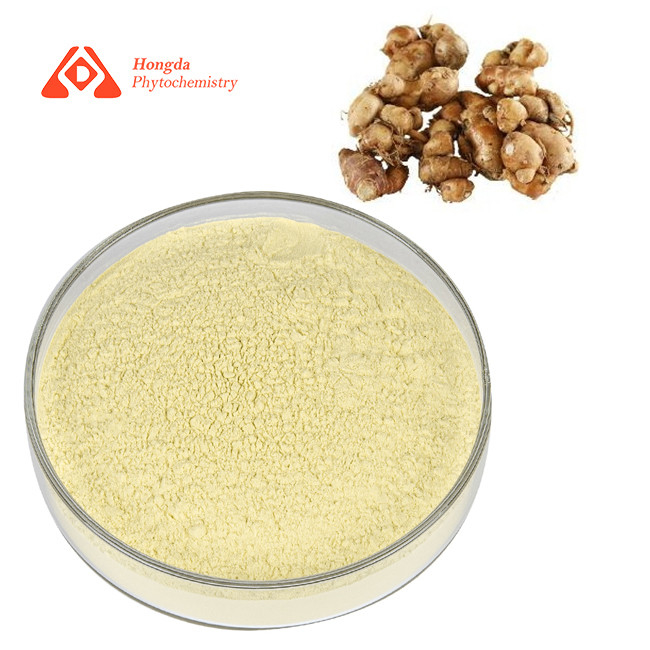 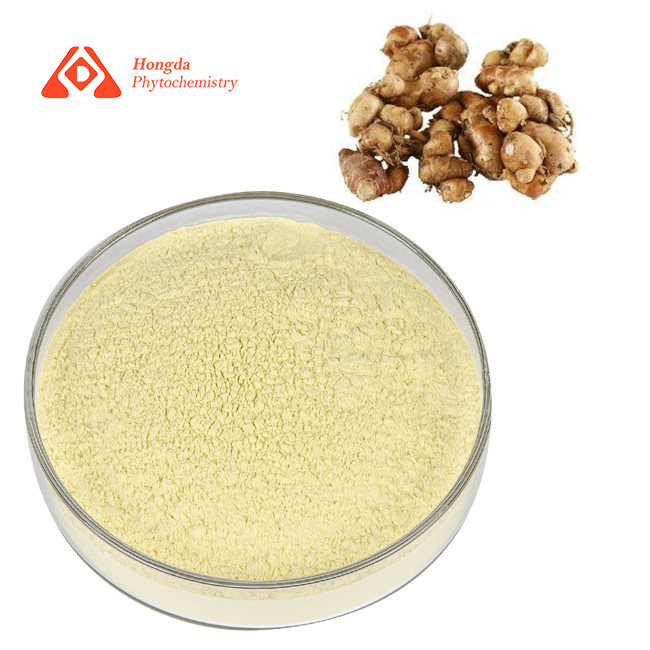 Kaempferia galanga root is the rhizome of the genus Kaempferia galanga Linn. in the ginger family, the rhizome is massive, solitary or several connected, light green or green-white, fragrant; distributed in Guangdong, Guangxi, Yunnan, Taiwan and other provinces, Cultivation. Shannai rhizome is an aromatic stomachic agent, which has the functions of dispelling cold, dispelling dampness, warming the spleen and stomach, and dispelling bad qi. It can also be used as a seasoning spice. In the folk, Shannai has been used as a medicinal and edible plant, and its roots and leaves are often used as edible condiments for white-cut chicken and white-cut chicken. According to the Chinese Pharmacopoeia, it is acrid in taste, warm in nature, and has the effects of neutralizing temperature, digestion, and pain relief.

The volatile oil of Kaempferia galanga and some monomer compounds have a series of physiological activities such as anti-inflammatory, anti-oxidation, anti-cancer and anti-cancer, and killing nematodes. Animal toxicity test studies have shown that, after oral administration of 5g/Kg of ethanol extract of Kaempferia in acute toxicity test, neither the control group nor the test group had any mortality nor obvious physical and organ aberrations. The dose of 100 mg/kg was taken orally and fed continuously for 28 days. There was no obvious physical and organ aberration in the control group and the experimental group. It can be seen that Kaempferia galanga is a safe and low-toxic natural product, and its monomer compounds and volatile oils have great potential for development. If the in-depth development is based on the abundant domestic resources of Kaempferia galanga, it will have important academic significance and application value.

Liu Yanfang et al. studied the effect of volatile oil of Kaempferia galanga on the proliferation and metastasis of orthotopic transplanted tumors of human gastric cancer cells in nude mice. The results showed that volatile oil of Kaempferia galanga has the effect of inhibiting the proliferation of gastric cancer cells: compared with the control group, the orthotopic tumors in nude mice were significantly reduced in each drug group. (P<0.05), among which the combination group had the most significant antitumor effect (P<0.05). Xue Ying et al. took the EBV-EA positive antiserum from nasopharyngeal carcinoma patients as the research object and found that the volatile oil of Kaempferia galanga The ethyl p-methoxycinnamate component in the compound has strong anti-cancer pharmacological activity; the IC50 (half inhibitory concentration) of cis-p-methoxycinnamate ethyl ester is 5.5 μmol·L-1, and the trans- The IC50 of ethyl p-methoxycinnamate is 9.5μmol·L- 1 ; the anti-cancer activity of the cis-form is comparable to that of curcumin (IC50 value of 5.4 μmol·L- 1 ), while the anti-cancer activity of the trans-form It is also slightly stronger than the reported effects of ursolic acid (IC50 value of 20 μmol·L- 1 ) and geranyl alcohol (IC50 value of 16 μmol·L- 1 ).

1. Kaempferol may serve to stimulate kidney repair and up-regulate bone formation and may be useful in treating chronic kidney disease and osteoporosis.

2. Kaempferol is a blocker of voltagegated potassium channels in pyramidal neurons of rat hippocampus.

2. It is widely applied in health care products field;