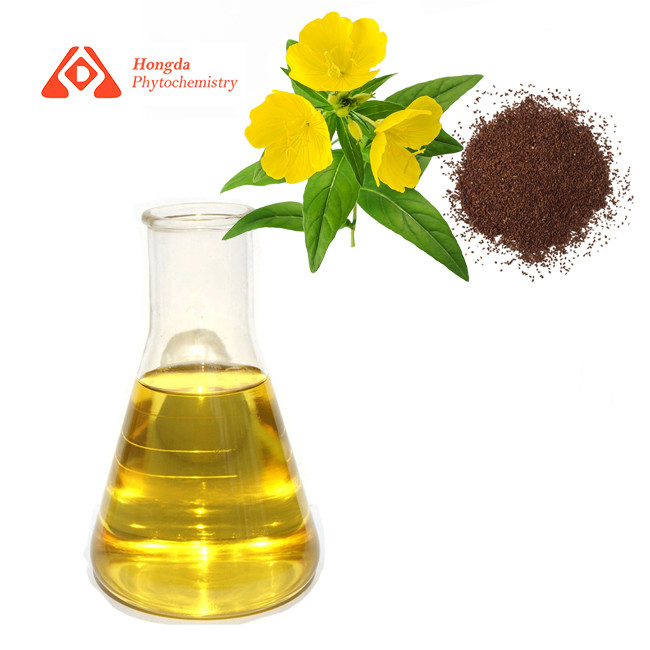 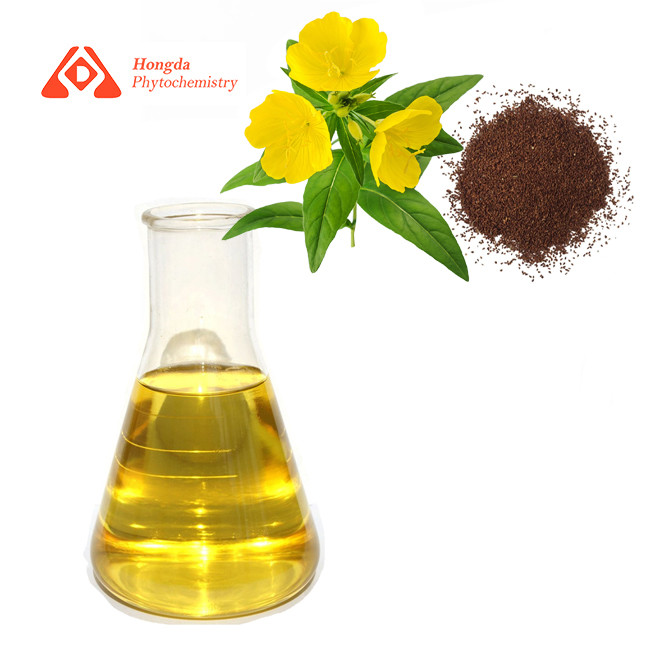 Evening Primrose is a dicotyledonous plant of genus Oenothera . The seeds

have been used for edible oil and also known to be a medicine in Europe. Evening

Primrose oil has contains much γ-linolenic acid, which has well known to relieve

Recently, polyphenols in plant seeds have been paid attention. Polyphenols

diseases. ORYZA OIL & FAT CHEMICAL CO., LTD. has been studying for the

physiological function of polyphenols of the Evening Primrose seeds. We have

recently developed an EVENING PRIMROSE EXTRACT (EPE), in which

polyphenols are highly concentrated. The product contains more polyphenols than any

other products, showing a strong antioxidative activity. Further, we found that

1. It can help clear up acne

The GLA in EPO is thought to help acne by reducing skin inflammation and the number of skin cells that cause lesions. It may also help the skin retain moisture.

According to a 2014 studyTrusted Source, EPO may help relieve cheilitis. This condition causes inflammation and pain in the lips caused by the acne drug isotretinoin (Accutane).

2. It may help ease eczema

Some countries other than the United States have approved EPO to treat eczema, an inflammatory skin condition.

According to an older studyTrusted Source, the GLA in EPO may improve the skin’s epidermis. However, a 2013 systematic reviewTrusted Source concluded that oral EPO doesn’t improve eczema and isn’t an effective treatment.

According to a 2005 studyTrusted Source, oral supplementation of EPO helps smooth skin and improve its:

Per the study, GLA is necessary for ideal skin structure and function. Because the skin can’t produce GLA on its own, researchers believe taking GLA-rich EPO helps keep skin healthy overall.

4. It may help relieve PMS symptoms

Researchers believe some women experience PMS because they’re sensitive to normal prolactin levels in the body. GLA converts to a substance in the body (prostaglandin E1) thought to help prevent prolactin from triggering PMS.

According to a 2010 studyTrusted Source, a supplement containing vitamin B-6, vitamin E, and EPO was effective in relieving PMS. Even so, it’s unclear how much EPO played a role, since a 2009 systematic reviewTrusted Source didn’t find EPO helpful for PMS.

5. It can help minimize breast pain

If you experience breast pain so severe during your period that it interferes with your life, taking EPO may help.

According to a 2010 study, the GLA in EPO is thought to reduce inflammation and help inhibit prostaglandins that cause cyclical breast pain. The study found that taking daily doses of EPO or EPO and vitamin E for six months decreased the severity of cyclical breast pain.

6. It may help reduce hot flashes

EPO may reduce the severity of hot flashes, one of the most uncomfortable side effects of menopause.

According to a 2010 literature review, there’s not enough evidence that over-the-counter remedies such as EPO help hot flashes.

A later study, however, came to a different conclusion. The study found that women who took 500 mg daily of EPO for six weeks experienced less frequent, less severe, and shorter hot flashes.

Women also had improved marks for social activity, relations with others, and sexuality on a questionnaire on how hot flashes impact daily life.

According to a 2013 studyTrusted Source, those taking EPO had a slightly higher systolic blood pressure. Researchers called the reduction “a clinically meaningful difference.”

8. It may help improve heart health

Heart disease kills more than 600,000 peopleTrusted Source in the United States each year. Hundreds of thousands more are living with the condition. Some people are turning to natural remedies, such as EPO, to help.

According to a 2014 studyTrusted Source on rats, EPO is anti-inflammatory and helps reduce blood cholesterol. Most people with heart disease have inflammation in the body, although it hasn’t been proven that inflammation causes heart disease.

9. It can help reduce nerve pain

Peripheral neuropathy is a common side effect of diabetes and other conditions. Older researchTrusted Source has shown that taking linolenic acid helps reduce neuropathy symptoms, such as:

10. It may help ease bone pain

These oils are available in capsule form at most health food stores. But you may get enough GLA from your diet without taking supplements.

It’s important to balance omega-3 and omega-6 fatty acids. ScientistsTrusted Source think that many people consume too much omega-6 and too little omega-3. Paying attention to that balance can help reduce your risk of many chronic diseases.