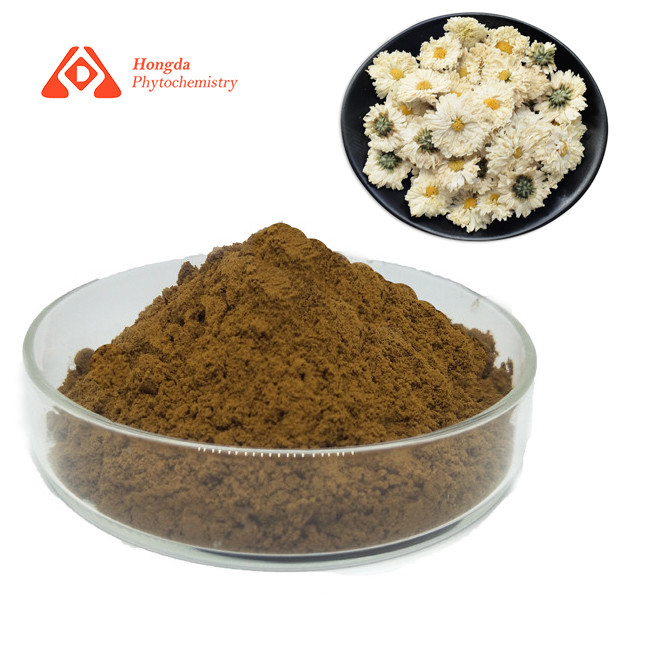 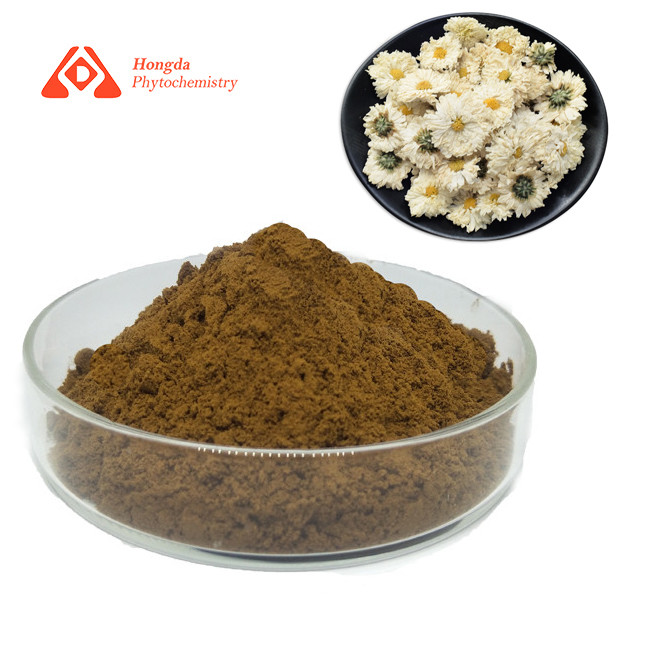 Feverfew is a plant that is native to Asia Minor and the Balkans, but is now common throughout the world. Feverfew leaves are normally dried for use in medicine. Fresh leaves and extracts are also used.

Its name comes from the Latin word febrifugia, meaning “fever reducer.” Traditionally, feverfew was used to treat fevers and other inflammatory conditions.In fact, some people call it the “medieval aspirin”

People take feverfew by mouth for the prevention and treatment of migraine headaches.

Feverfew is sometimes applied directly to the gums for toothaches or to the skin to kill germs. It is also applied to the skin for itching and to prevent insect bites.

Some people also use feverfew as a general stimulant and for intestinal parasites.

Feverfew contains a variety of active compounds, such as flavonoids and volatile oils. However, its main compound of interest is parthenolide, found in the plant’s leaves.

Studies show that parthenolide may be behind most of the potential health benefits of feverfew.

1. Modulation of the NF-κB-mediated inflammatory responses in experimental atherosclerosis.

2. Inducing apoptosis in acute myelogenous leukemia (AML) cells, leaving normal bone marrow cells relatively unscathed. Moreover, the compound may get at the root of the disease because it also kills stem cells that give rise to AML. Parthenolide is under consideration as a potential cancer drug in combination with sulindac.

3. Activity against a parasite Leishmania amazonensis.

6. Blocking lipopolysaccharide-induced osteolysis through the suppression of NF-κB activity.

2. As raw material of health products for headaches and rheumatic, feverfew flower extract is widely used in health industry.

3. As product of anti-tumor, pass through agents, pesticides and wind displacement agent, feverfew extract is widely used in medical field.

The Sesquiterpene Lactone Compounds Parthenolide, a compound extracted from feverfew, was originally used to treat skin infections, rheumatism, and migraines. Recent studies have shown that parthenolide can inhibit the growth of prostate cancer, breast cancer, gastric cancer, leukemia cancer, kidney cancer, lung cancer, colon adenocarcinoma, medulloblastoma and other cancer cells. It can treat skin cancer caused by ultraviolet rays. The study of its mechanism of action found that parthenolide can inhibit the activation of the transcription factor NF-κB, and its activity may be mainly derived from the Michael addition reaction between the sulfhydryl group on Cys38 of the p65/NF-κB subunit and laugholide. Since NF-κB is an important gene regulating tumor invasion, metastasis, and drug resistance, inhibiting the activation of NF-κB may increase the sensitivity of tumors to apoptosis induced by tumor suppressors. Recently, Jordan, CT, PhD, and colleagues at the University of Rochester School of Medicine in New York found that parthenolide can target the stem cells that cause acute and chronic myeloid leukemia without damaging normal stem cells. The unique mechanism of action of parthenolide to curb the recurrence of leukemia has attracted widespread attention. Its specific functions can be divided into the following points:

Parthenolide inhibits the innate immune system's inflammatory protein complex of a group of oligomeric molecules formed in the cytoplasm of innate immune cells in response to danger signals, mainly recruiting and activating caspase-1, rendering inactive The pro-IL-1p3 and pro-IL-18 are converted into active IL-1B3 and IL-18. Among them, NALP3 is particularly important. Inappropriate activation of NALP3 is related to the pathogenesis of many human diseases, including gouty arthritis, silicosis, neurodegeneration, etc. Bacteria, viruses, purified microbial preparations, small molecule immune activators, components of dead cells, crystals or aggregates can all activate NALP3. Parthenolide can strongly inhibit a variety of inflammatory proteins, and can directly inhibit the activity of the proteolytic enzyme caspase-1 and the adenosine triphosphate activity of NLRP3. Studies have confirmed that parthenolide inhibits caspase-1 by alkylating key cysteine ​​residues in p20, and mass spectrometry identified a cysteine ​​285 active center on caspase-1 of a p20 cysteine ​​residue Modified by parthenolide, it is similarly speculated that the inhibitory effect of parthenolide on NL-RP3-dependent adenosine triphosphate activity may also be due to alkylation and is not dependent on the NF-KB pathway. In vitro, parthenolide was able to inhibit IgE antigen-induced mast cell degranulation independently of the NF-KB pathway, whereas parthenolide was not observed to inhibit FcsR1-mediated early signaling molecules multiple protein tyrosines Acid phosphorylation has effects, including on p38, JNK1/2, ERK1/2, and cPKCs, and parthenolide directly interferes with mast cell microduct formation; in vivo, parthenolide inhibits IgE-mediated passive Allergic skin reaction. Based on the biological properties of parthenolide to interfere with mast cell degranulation, it may be used to develop effective antiallergic drugs.

Parthenolide exerts anti-inflammatory effects by inhibiting IkB protein phosphorylation and activation of NF-KB through an intracellular mechanism, while parthenolide acts as a potent NF-KB inhibitor, which inhibits the IKK complex in NF-KB. The precise target is currently inconsistent in literature reports. In the experimental study using parthenolide with affinity, IKKJ3 was identified as its target, and another study suggested that parthenolide does not directly act on IKKB or IKKc, but NEMO. Different concentrations of parthenolide were directly added to the nuclear extract and detected with P-oligonucleotide probes after incubation at room temperature for 1 h, showing that parthenolide did not alter the binding of activated NF-KB to DNA in vitro. ability, indicating that parthenolide simply prevented the activation of NF-KB, not the ability of activated NF-KB to bind DNA. Activation of NF-KB is an important step in vascular injury, and the pharmacological regulation of this process has become a major target for the development of new therapeutics for atherosclerosis. In lipopolysaccharide (LPS)-stimulated vascular smooth muscle cells and monocytes, non- Toxic doses of parthenolide can inhibit the degradation of IkBa, the activation of NF-KB and the expression of MCP-1 without inhibiting AP-1 and MAP kinases; in apoE mice, parthenolide can inhibit the activation of NF-KB through NF-KB Delays atherosclerotic damage, reduces damaged areas, and alters plaque composition without affecting apoptosis and oxidative stress processes. In myocardial ischemia-reperfusion injury, parthenolide has been shown to play a protective role by selectively inhibiting IKK activation and IkBa degradation.

Autosomal recessive polycystic kidney disease is caused by mutations in the PKHD1 gene encoding the transmembrane receptor-like protein fi-brocystin/polyductin. Renal cells lacking FC1 will have decreased ERKI/2 kinase activity, resulting in up-regulation of the apoptotic protein p53 and Activation of NF-KB, thereby apoptosis, parthenolide blocks IKK-dependent activation of NF-KB, reduces apoptosis and the level of apoptotic protein p53 in FC1-deficient kidney cells, for the treatment of autosomal recessive polycystic kidney disease Open up a new field of research. In human pancreatic cancer cell line BxPC-3, Bcl-2 and pro-caspase-3 proteins were down-regulated and Bax and caspase-9 proteins were up-regulated after parthenolide treatment, mitochondrial cytochrome C was released into the cytoplasm, and transfer molecules Apaf-1 binds to form apoptotic bodies and activates caspase-9 and caspase 3ll. In hepatoma cells (sH-J1), parthenolide did not inhibit Bc1-2 or Bcl-X (L) proteins, and oxidative stress was associated with parthenolide-induced apoptosis. Lactone sensitivity is mainly due to low-level expression of the multifunctional detoxifying enzyme glutathione S-transferase. Another study showed that parthenolide can induce the expression of death receptors by inhibiting the activation of signal transducers and transcriptional activators 3, sensitizing hepatocellular carcinoma cells to TNF-related apoptosis-inducing ligands, and activate caspase- 9 and caspase-3, leading to apoptosis.

1) Antioxidative stress Hemodialysis patients have many biochemical, immune and inflammatory changes and increase the risk of cardiovascular disease. These disturbances may arise from the patient's uremic syndrome itself, or may result from stress induced by hemodialysis itself. The application of lipopolysaccharide to stimulate the release of peripheral blood mononuclear cells mimics the stress induced by hemodialysis, and parthenolide can inhibit the secretion of TNFot, IL-1B, IL-6 and the activation of cox-2, thereby protecting leukocytes from hemodialysis-induced stress stress injury, no obvious toxic side effects. If derivatives of parthenolide can be added to the dialysate, enter the blood through the dialysis membrane during dialysis, and protect leukocytes from dialysis-induced damage, there will be ideal compounds to protect against oxidative damage in hemodialysis.

In cultured JB6 epidermal cells, damaged AP-1, JNK, and p38 signal peptides cause JB6 cells to be sensitized to UVB-induced apoptosis. Removal of damaged cells through apoptosis of sensitized cells means that cancer can be prevented. Parthenolide at a non-toxic dose significantly inhibited the DNA binding and transcriptional activity of UVB-induced AP-1, parthenolide and UVB had a synergistic effect on the apoptosis of sensitized cells, and parthenolide had a synergistic effect on the apoptosis of sensitized cells. Ester acts as a chemopreventive agent through inhibition of AP-1 and MAP kinases. Pretreatment of HL-60 cells with parthenolide, 1,25-dihydroxyvitamin D3 enhanced the differentiation of HL-60 cells into monocytes in a time- and dose-dependent manner, and parthenolide inhibited the binding of NF-KB by The activity significantly increased the degree of differentiation of HL-60 cells, while the sesquiterpene lactone compound ascarinin, which did not inhibit NF-KB, could not increase the differentiation of HL-60 cells; transfection experiments found that parthenolide enhanced vitamin D uptake. Body response element-dependent enhancer activity, restored by inhibiting TNF-0, an activator of the NF-KB signaling pathway, and 25-dihydroxyvitamin D3-induced VDRE-dependent enhancer activity. Parthenolide and its analog LC-1 can exert anti-tumor effects on hematopoietic cells, including acute myeloid leukemia, pre-B-cell acute lymphocytes and chronic lymphocytic leukocytes, alone or together. In different acute myeloid leukemia cell lines, parthenolide can inhibit histone deacetylase inhibitor-mediated NF. KB activates and promotes SAPK/eJNK activation and apoptosis.

Parthenolide can induce apoptosis, differentiation and proliferation in some types of cancer cells by inhibiting NF-KB and inducing oxidative stress. Interestingly, both pathways are associated with megakaryocyte mutation and the final stages of thrombosis. The study found that parthenolide enhances platelet production by inhibiting the NF-KB pathway of megakaryocytes independent of the oxidative stress response it induces, and parthenolide reduces unnecessary platelet activation while enhancing functional platelet production. , other studies have also suggested that parthenolide can directly and independently enhance platelet production. In terms of antiplatelet drugs, there is also a need for a drug that can reduce unnecessary platelet activation while antiplatelet, thereby reducing inflammation. Other antiplatelet mechanisms mediated by parthenolide include changes in arachidonic acid metabolism and interaction with protein kinase C.

8. Inhibits the growth of protozoa

Parthenolide can inhibit the growth of Leishmania and Trypanosoma cruzi, and can change the morphological activity of epimastigotes. The trypanicide paracarbamamide sodium arsenate combined with 1 g/mL parthenolide can induce T. cruzi body rounding and shortening, and loss of serosa integrity, serosa shape and shape and size. The structural changes may be due to the drug's effect on the subserosal microcatheter, further suggesting that parthenolide and the antiprotozoal drug have a synergistic effect.