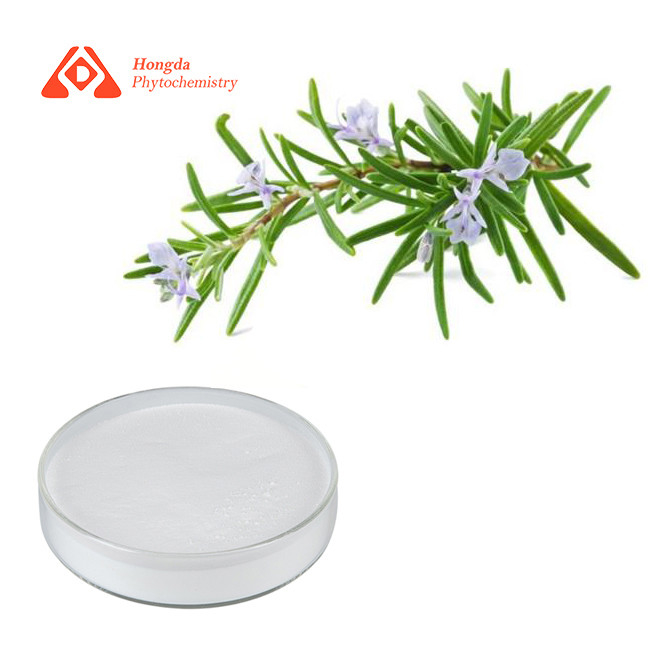 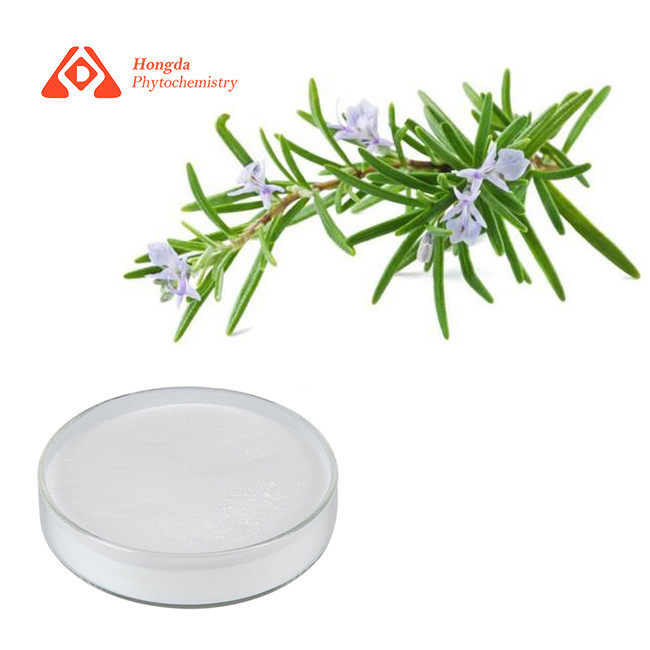 Rosemary is a fragrant, woody herb often used to season dishes like roast chicken or potatoes. But its potential extends far beyond just being a flavor enhancer. Rosemary extract is slowly growing in popularity among certain food producers due to its ability to act as a natural preservative.

The antioxidant properties of rosemary extract come from bioactive compounds in the plant known as polyphenols. Rosemary contains carnosic acid and rosmarinic acid, both of which help delay oxidation of fats and slow down the effectiveness of any microorganisms that cause food to spoil. These polyphenols were studied by the European Food Safety Authority in 2008, and later, the European Union approved the use of rosemary extract in a number of forms for food preservation. It remains an approved food additive in the eyes of the FDA.

Rosmarinic acid (RosA for short) is an organic compound with a chemical formula of C18H16O8. It is a water-soluble natural phenolic acid compound isolated from rosemary, a plant of the Lamiaceae family.

Rosmarinic acid is widely distributed and mainly exists in a variety of plants of Lamiaceae, Lithaceae, Cucurbitaceae, Lindenaceae and Umbelliferae, with the highest content in Lamiaceae and Limbaceae plants.

Rosmarinic acid has a strong scavenging activity of free radicals in the body and an antioxidant effect. Studies have shown that its mechanism of action is: rosmarinic acid competes with unsaturated fatty acids to combine with lipid peroxy groups to terminate the chain reaction of lipid peroxidation and reduce the rate of lipid peroxidation, while rosmarinic acid is oxidized to Quinoid; marinic acid inhibits neutrophil respiratory burst and inhibits lysosome release by reducing intracellular calcium ion concentration; inhibits endothelial cell-mediated low-density lipoprotein oxidation. The antioxidant effect of rosmarinic acid is related to its structure. Studies have shown that the hydroxyl group of ortho-diphenol is the material basis of free radical scavenging activity. And the conjugated double bond at the C3 position has a synergistic effect.

Rosmarinic acid has antidepressant effects in animal models of depression. Experiments were performed on cell proliferation in the hippocampus of mice, and bromodeoxyuridine antibody was used for immunohistochemical analysis to explore its mechanism of action. It was found that in the rosmarinic acid treatment group, the labeled proliferative cells increased, combined with the forced swimming of depression animal models. Experiments have shown that rosmarinic acid proliferates and produces an antidepressant-like effect at least in part through the proliferation of new cells in the hippocampus.

3 The antibacterial effect of rosmarinic acid

(3) Inhibition of mold: Rosmarinic acid extracted from plants has an inhibitory effect on Phytophthora and its mold spores that cause soil-borne diseases, effectively reducing the germination of zoospores.

(2) Anti-hepatitis effect: Rosmarinic acid can alleviate lipopolysaccharide (LPS)-induced liver injury and significantly inhibit the increase of plasma transaminase levels, which proves that the liver protective effect of rosmarinic acid is through the removal or reduction of superoxide. Or oxidized nitrite rather than by inhibiting TNF-α produced [4].

6 Anti-cancer and anti-tumor effects of rosmarinic acid: Rosmarinic acid inhibits the expression of CCL11 and CCR3 by inhibiting the activity of β-kinase and the activation of nuclear factor kappa B-related genes, so as to achieve the purpose of anti-tumor.