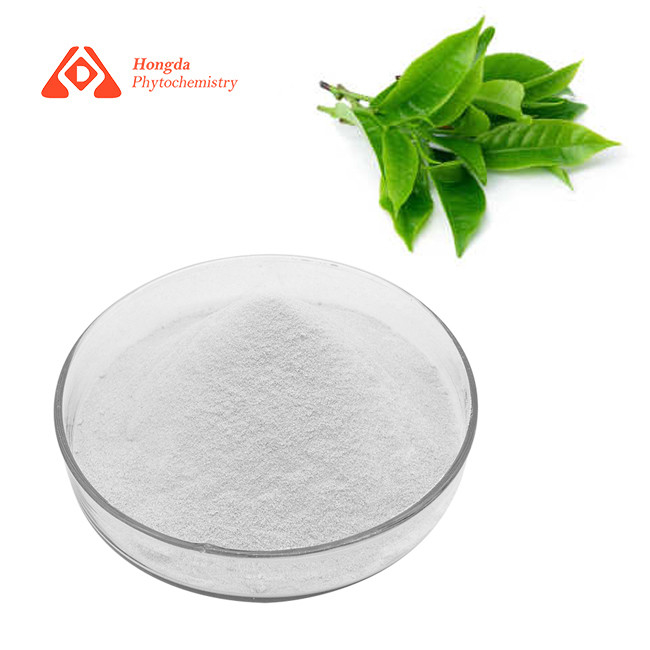 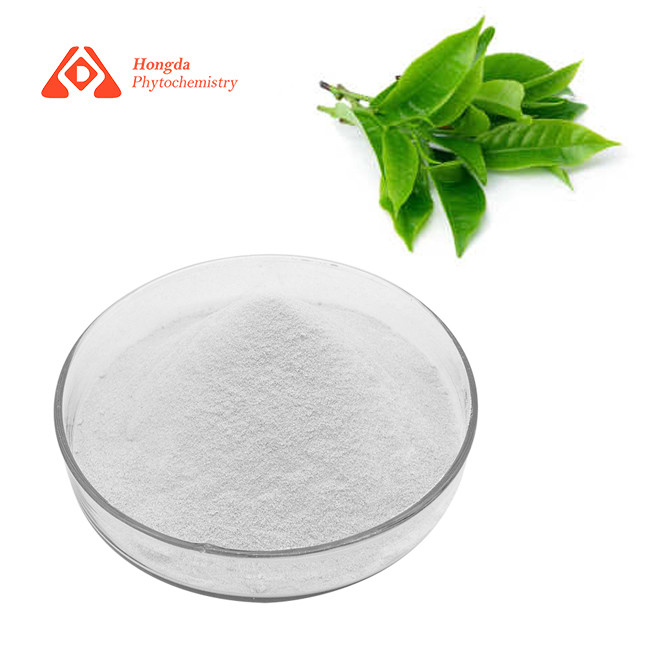 Epigallocatechin gallate (EGCG), also known as epigallocatechin-3-gallate, is the ester of epigallocatechin andgallic acid, and is a type of catechin. EGCG, the most abundant catechin in tea, is a polyphenol under basic research for its potential to affect human health and disease. EGCG is used in many dietary supplements

The health benefits of green tea extract are mainly attributed to its high antioxidant content.

Polyphenolic antioxidants called catechins make up most of the antioxidant content of green tea extract. Of the catechins in green tea, epigallocatechin gallate (EGCG) is the most studied and thought to have the greatest health benefits.

For example, one study put 35 obese people on 870 mg of green tea extract over eight weeks. Their blood antioxidant capacity increased on average from 1.2 to 2.5 μmol/L.

Oxidative stress increases the accumulation of fat in the blood, which promotes arterial inflammation and leads to high blood pressure.

In addition, they had significantly lower blood lipid levels, including lower triglycerides as well as total and LDL cholesterol.

Another study in 33 healthy individuals found that taking 250 mg of green tea extract daily for 8 weeks reduced total cholesterol by 3.9% and LDL cholesterol by 4.5%.

Given that high blood pressure and high blood lipid levels are risk factors for heart disease, regulating them can promote heart health.

3. Good for the brain

This protection can help reduce brain damage that can lead to mental debility and brain disorders such as Parkinson's, Alzheimer's and dementia.

In addition, green tea extract can reduce the effects of heavy metals like iron and copper, both of which can damage brain cells.

It has also been shown to aid memory by strengthening the connections between different parts of the brain.

One study had 12 people drink a soda containing 27.5 grams of green tea extract or a placebo. Then, brain images were obtained to assess brain function while the participants were taking memory tests.

4. Can help with weight loss

Green tea extract is rich in catechins and has moderate amounts of caffeine.

Interestingly, it appears that the combination of these ingredients is responsible for its weight loss properties.

Catechin and caffeine have been shown to aid weight loss by regulating hormones that enhance thermogenesis.

Thermogenesis is the process by which the body burns calories to digest food and generate heat. Green tea has been shown to facilitate this process by making your body burn calories more efficiently, leading to weight loss. .

One study had 14 people take a capsule containing a mix of caffeine, EGCG from green tea, and guarana extract before each meal. The effect of calorie burn was then examined.

The study found that the participants burned an average of more than 179 calories over the next 24 hours.

Another study showed that 10 healthy men burned 4% of their calories in 24 hours after consuming a green tea extract capsule containing 50 mg of caffeine and 90 mg of EGCG.

One study gave 80 participants with NAFLD 500 mg of green tea extract or a placebo daily for 90 days.

It is important to stick to the recommended dose of green tea extract, as exceeding this dose has been shown to be harmful to the liver.

6. Its ingredients may benefit the skin

Whether taken as a supplement or applied to the skin, green tea extract can improve skin health.

Numerous reviews indicate that green tea extract, when applied to the skin, can help treat various skin problems such as dermatitis, rosacea, and warts. Plus, as a supplement, it has been shown to help with aging and acne-prone skin.

Additionally, both supplements and topical application of green tea extract appear to help prevent skin conditions such as loss of skin elasticity, inflammation, premature aging, and cancer due to exposure to UV light.

A study in 10 people showed that applying a cream containing green tea extract to the skin for 60 days improved skin elasticity.

Interestingly, the addition of green tea extract to cosmetics has been shown to provide moisturizing effects that benefit the skin.

7. May benefit athletic performance and recovery

Green tea extract appears to be helpful for exercise, either by improving athletic performance or enhancing recovery.

Although exercise has many health benefits, exercise is known to generate oxidative stress and damage body cells.

In fact, a study in 35 men showed that green tea extract combined with 4 weeks of strength training increased the body's antioxidant protection.

One study found that 14 men who consumed green tea extract for 4 weeks increased their running distance by 10.9%.

The catechins in green tea, especially EGCG, have been shown to enhance insulin sensitivity and regulate blood sugar production, both of which can lower blood sugar levels.

One study gave 14 healthy people a sugary substance and either 1.5 grams of green tea or a placebo. The green tea group had higher blood sugar tolerance after 30 minutes and continued to show better results compared to the placebo group.

Additionally, an analysis of 17 studies concluded that green tea extract can be used to lower fasting blood sugar levels. It can also help reduce levels of hemoglobin A1C, which is an indicator of blood sugar levels over the past 2-3 months.

9. Easy to add to your diet

Liquid extracts can be diluted in water, while powders can be mixed into smoothies. However, it has a strong flavor.

But it's important to know that not all green tea extract supplements are created equal. Some supplements contain only dried green tea leaves, while others contain isolated forms of one or more catechins.

The catechin most closely related to the health benefits of green tea extract is EGCG, so you need to make sure that the supplement you consume contains this substance.