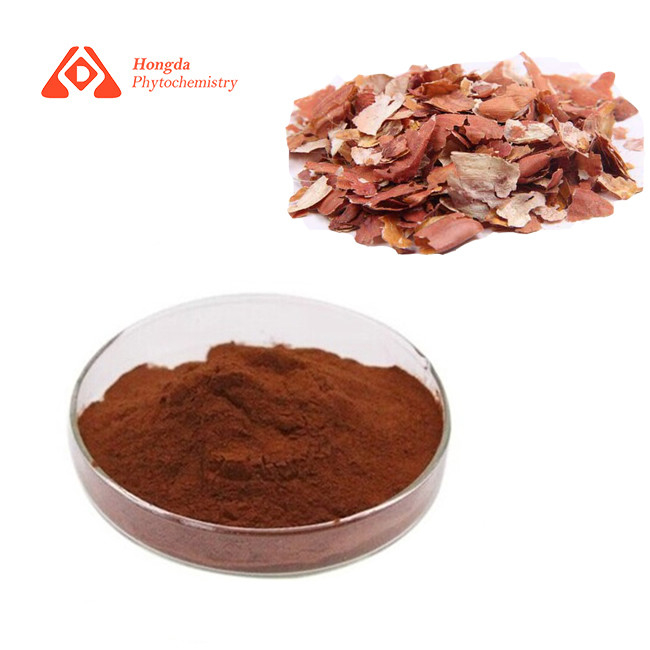 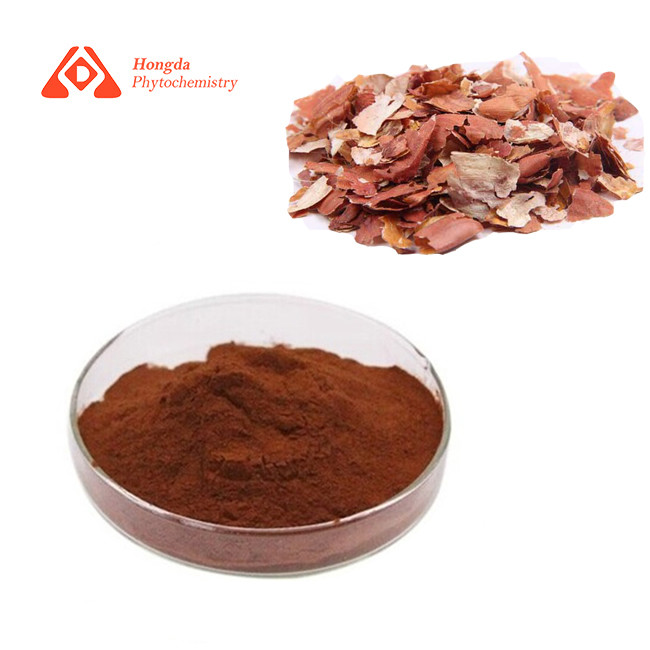 Arachis hypogaea Linn. Also known as the peanut skin, the red (or black) coat of a peanut seed.Peanut coating is rich in nutrients and has the effect of stopping bleeding, dispersing blood stasis and reducing swelling.The best way to eat it is to cook it.

The peanut coat extract is the seed coat extract of the legume Arachis hypogaea L., mainly containing proanthocyanidins, resveratrol, quercetin and other flavonoids. Oligomeric proanthocyanidins have biological activities such as scavenging free radicals, anti-oxidation, protecting cardiovascular and cerebrovascular, anti-inflammatory, and inhibiting tumors. They have been used in the fields of health food, daily chemicals and pharmaceuticals.

According to the theory of traditional Chinese medicine, people with qi deficiency are prone to bleeding when their spleen is replenished with blood. The red peanuts can nourish the spleen and stomach to stop bleeding, which is called "replenishing qi and stopping bleeding" in traditional Chinese medicine.Western medicine believes that peanut red can inhibit fibrinolysis, increase the content of platelet, improve the quality of platelet, improve the defect of coagulation factor, strengthen the contractile function of capillary, and promote the hematopoietic function of bone marrow.

Thrombocytopenia can cause a series of symptoms, such as bleeding gums, nosebleeds, and bleeding from the oral mucosa. Ecchymosis or bleeding spots of varying sizes may appear on the skin, forming "thrombocytopenic purpura". Chemotherapy is an important method for the treatment of malignant tumors, and its adverse reaction, myelosuppression, will cause the patients to decrease the number of platelets and white blood cells in the near future. Peanut red coat also contains vitamin K, which is an essential component to maintain the normal coagulation function of human blood. It also has functions such as promoting the production of platelets by the bone marrow, resisting fibrinolysis and shortening bleeding time. If vitamin K is deficient, it is easy to cause bleeding and blood coagulation. Symptoms such as delay.

Peanut coat extract prevents bacterial growth and inhibits bacterial growth. Zhang Hongmei] used the antibiotic method for qualitative detection and the test tube method for the minimum inhibitory concentration detection. It can be seen from the antibiotic method that the red pigment of peanut can inhibit bacterial microorganisms, but it has no inhibitory effect on yeast and mold. The minimum inhibitory concentration of each bacteria can be obtained by the test tube method: 0.6 mg/mL for Staphylococcus aureus, 0.6 mg/mL for Escherichia coli, and 0.4 mg/mL for Bacillus subtilis.

According to reports, peanut coat can be used for skin care products that lubricate the skin, as well as shampoo and hair care products. The oil content in peanut coat is more than 17%, and the white waxy sediment at the bottom of the oil separated from peanut coat contains long chain Saturated fatty acid, containing 5kg per ton of peanut coat, of which the main components are lignosoric and bihenic acid substances, which can be used in muscle strengthening and beauty products.

Peanut coat has the functions of increasing the number of platelets, anti-oxidation, and bacteriostasis. Clinically, peanut coat is mainly used clinically in the form of decoction, but also in the form of tablets and injections. Peanut coat can prevent and treat the bone marrow suppression caused by interferon treatment of chronic hepatitis C, and reduce the toxic and side effects such as neutrophils, leukocytes and thrombocytopenia.

Peanut clothing contains a variety of natural pigments, which are widely used because of its non-toxic and harmless properties, especially in the green and healthy food industry that has attracted much attention. In terms of color, texture, water-holding capacity and sensory quality, the emulsified sausage with peanut red pigment was not significantly different from the traditional nitrite, and the amount of nitrite was reduced. It shows that the emulsified sausage with peanut-coated red pigment is similar to the traditional cured sausage in taste, color and sensory, and it is more healthy to eat. Health food such as Peanut Red Coated Tablets.