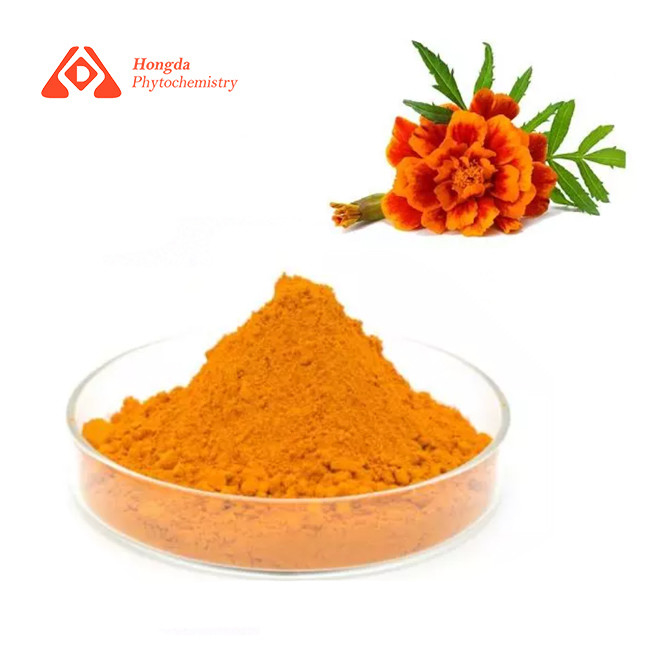 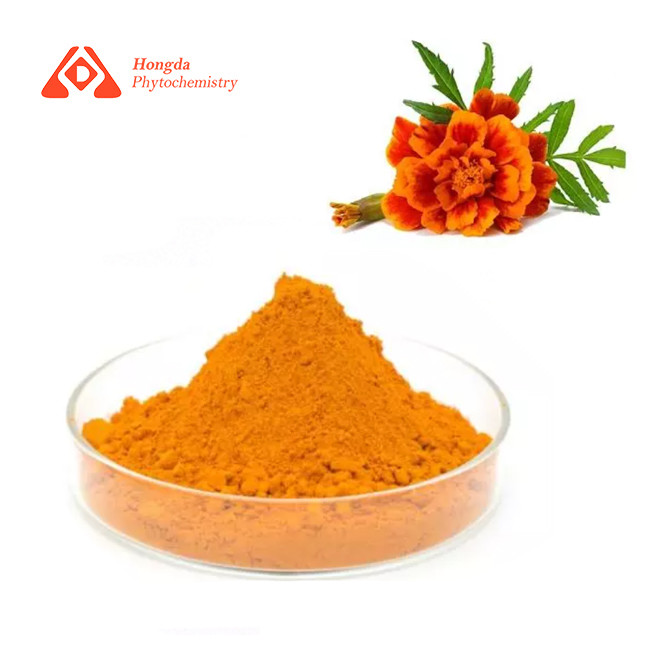 Lutein from marigold Asteraceae Tagetes plants raised in a pigment widely used in food additives, also used as a medicinal pigment. Lutein is a widely found in vegetables, flowers, fruits and other plants in the natural material, living in "Class carrot category of" family matter, now known to exist in nature, more than 600 types of carotenoids, only about 20 species exist in the person's blood and tissues.

Lutein has a faint hay-like odor.

The stability of lutein is poor, and it is mainly affected by factors such as oxygen, light, heat, metal ions, pH, etc. For example, the heat treatment process can cause isomerization of lutein to produce 9-cis and 13-cis lutein. Therefore, when storing, the pure lutein crystal or the lutein-containing material should be sealed in a vacuum or filled with an inert gas to avoid light and stored at a low temperature.

Lutein is safe, non-toxic, and harmless, and with its special physiological effects, it is in line with the development direction of "natural", "nutritious" and "multi-functional" food additives, and can be as direct as vitamins, lysine, and other commonly used food additives. added to food. Lutein is an important natural pigment and natural health product and is a green healthy food raw material.

Lutein is a kind of fat-soluble vitamin, and its absorption spectrum contains near blue-violet light, which can help the retina of the eye to resist ultraviolet rays. Lutein is an important antioxidant for the eyes. Supplementing a large amount of lutein to the human body helps to maintain the durability of vision, improve visual response time, and reduce visual damage. For people with myopia, supplementation with lutein can delay the increase in the degree of myopia.

Lutein is widely used in condiments, tobacco, cakes, confectionery, and various feed processing. In China, lutein has been widely used as a colorant.

The effect of delaying early arteriosclerosis

The latest research findings found that lutein can slow the development of early arteriosclerosis. After animal experiments, it was found that the incidence of arterial thrombosis was lower than that of mice without lutein-containing diets when lutein was mixed with mouse feed and fed to them.

The role of diabetes prevention

Lutein can be used as an effective adjuvant to enhance the hypoglycemic function of insulin. Therefore, eating foods such as fruits and vegetables rich in lutein can reduce the risk of diabetes.

1. Used in the food industry as a natural colorant to add luster to commodities;

2. Used in the field of health care products, lutein can supplement the nutrition of the eyes and protect the retina;