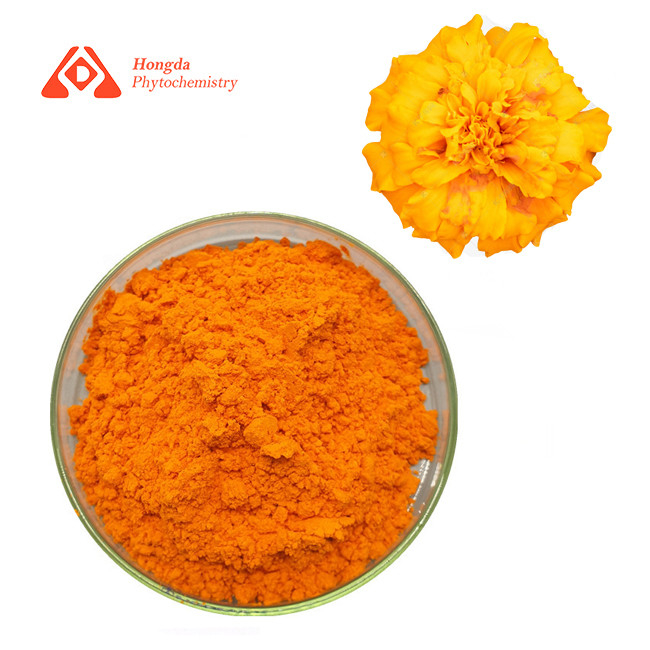 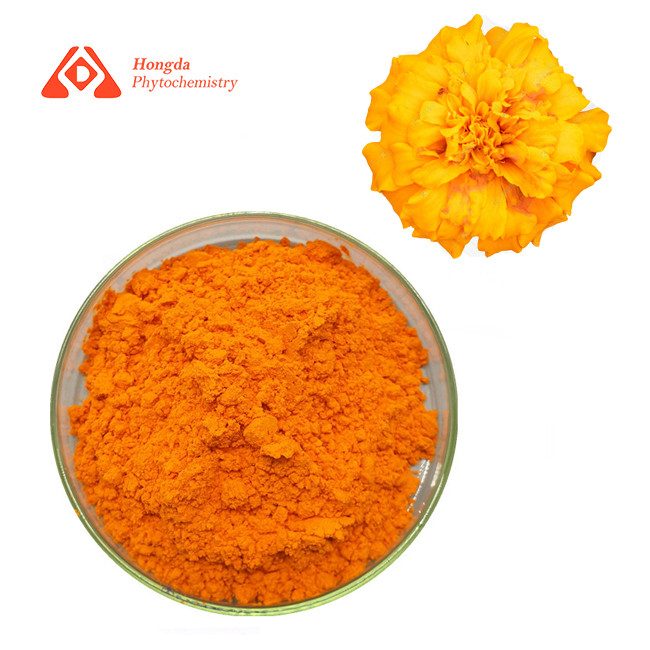 What is Lutein Ester?

Lutein ester is an important carotenoid fatty acid ester with dark reddish-brown fine particles. Most of the lutein esters existing in nature can be divided into trans-lutein esters and cis-lutein esters, which are basically all-trans molecular configurations. All-trans lutein ester can be divided into: lutein monoester and lutein diester. It is widely found in plants such as marigold flowers, pumpkins, cabbage, and leeches. Among them, the content of marigold flowers is the most abundant, as high as 30% to 40%. In marigold flowers and other plants, lutein generally exists in the form of esters combined with fatty acids (such as lauric acid, palmitic acid, etc.).

At room temperature, high-purity lutein ester (content 60%-95%) is a golden yellow ester orange-red powder, which is easily soluble in chloroform, dichloromethane, carbon dichloride, and other chlorinated hydrocarbons, and is soluble in Solvents such as n-hexane, acetone, ethyl acetate, and ethanol have stronger stability than lutein, and only under high temperature, strong acid, iron ion, and oxygen, the lutein ester will be damaged more greatly.

The importance of lutein has been affirmed in the global nutritional sciences; the reason why the macula of the human eye is yellow is that it is full of lutein and its congeners. Lutein filters blue light and act as an antioxidant, a key nutrient for eye development. Therefore, some people also compare lutein to "invisible sunglasses".

Blue light is high-energy light at 400-500 nanometers (an invisible blue light wave in sunlight) that can cause retinal damage in excess. Especially infants and young children are worth noting. Because the baby's lens is relatively clear at birth, about 70-80% of blue light can penetrate the lens to reach the retina at the 0-2 years old, and about 60-70% of the blue light will reach the retina in the 2-10 years old. At the same time, the baby's retina is full of tiny blood vessels to deliver more oxygen to meet the needs of development, which also increases the number of oxygen free radicals with attacking and destructive effects, and DHA, an important substance that promotes retinal development, is easily oxidized.

Therefore, in early life, especially from birth to 4 years old, the role of lutein is particularly important. It can effectively filter blue light, resist DHA oxidation, and help protect the retina of infants and young children. So need more absorption.

For babies, breast milk is the best food for babies at all times. He Zhiqian said that lutein is an ingredient in breast milk. A breast milk study in nine cities around the world found an average of 25 micrograms of lutein per liter of breast milk.

Lutein ester is decomposed into free lutein after being absorbed by the human body, and has the basic function of crystalline lutein to supplement the lost lutein in the human body (supplementary consumption should be ≤12 mg/day).

(2) Protect the eyes from light damage, delay the aging of the eyes and prevent lesions.

(5) Prevent macular degeneration and retinitis pigmentosa, and reduce the generation of drusen.

Natural Lutein ester is an important carotenoid fatty acid ester, the main configuration is all-trans, with C=C long-chain color group, showing gorgeous golden yellow. There are no active hydroxyl groups on both sides, so it is determined that lutein ester is a very stable food coloring agent. It is very stable to light, heat, and air can be widely used in food, beverage, cosmetics, and other application fields, and has broad application prospects. At the same time, it can be made into a water-soluble colorant after being emulsified. Natural Lutein esters will replace chemically synthesized food-grade colorants and improve people's health.

An important biological function of lutein is to protect the retina from the damage of blue light with wavelengths close to ultraviolet rays. Age-related macular degeneration (AMD) is the main cause of blindness in people over 65 years old.

After the natural lutein ester and zeaxanthin ester are ingested into the human body, they are hydrolyzed into free lutein and zeaxanthin under the action of human lipase. They are deposited in the macula of the human fundus in high concentrations and can be used as absorbers of near-ultraviolet blue light to protect the retina by capturing free radicals, preventing or reducing the damage caused by oxidation and free radicals to the retina, and can effectively reduce the incidence of AMD.

The latest study found that at the overall level of animals, supplementation of lutein in vivo can promote the proliferation of lymphocytes stimulated by antigens and can affect the functional expression of cell surface molecules. The regulatory effect of lutein on cellular immunity is mainly manifested in the relationship between apoptosis and gene regulation.