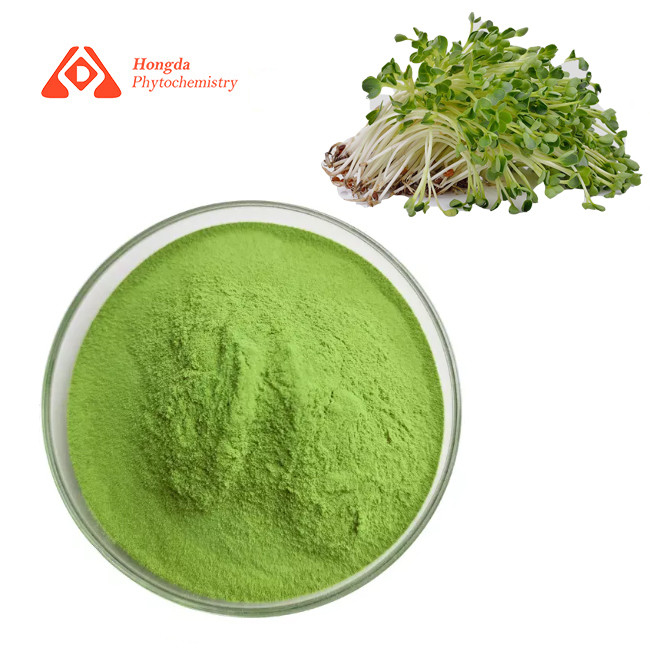 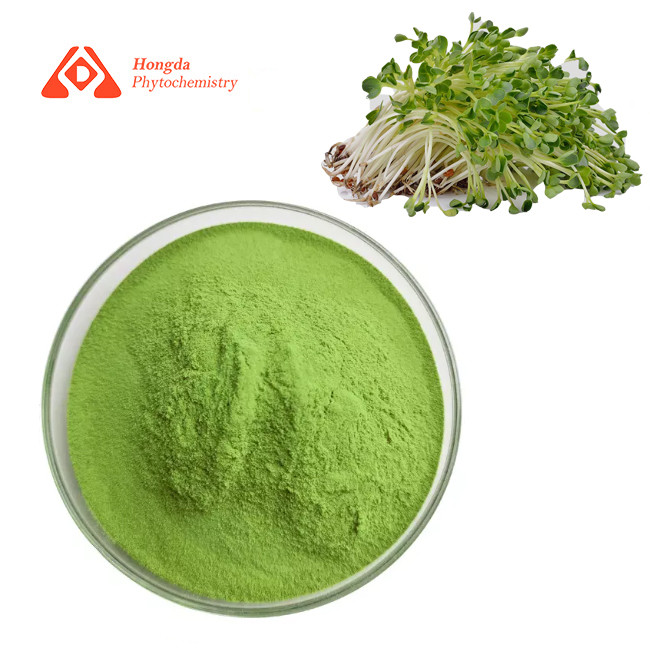 Alfalfa grass is rich in protein and a large number of mineral elements and carbohydrates are the embodiment of its nutritional value. Among them, the crude protein content is very high, about 17% ~ 23%. The abundant protein in alfalfa is mainly concentrated in leaves, and the content of protein in the chloroplast is up to about 30% ~ 50%, and the content of crude fiber is about 42%.

Organic Alfalfa Powder comes from raw young organic alfalfa grass, it's natural, Non-GMO, gluten-free, and vegan without any addition, and it also goes through NOP and EU Organic certification. It is a true superfood that promotes overall health and well-being, this green food is a rich source of antioxidants, vitamins, and minerals, and contains eight essential amino acids, it is even more potent when mixed with other herbs and blends well into smoothies, teas, and juices, it is widely in the dietary supplement area.

1. Prevent bleeding. All bleeding symptoms, such as nosebleeds, gum blood, vomiting blood, hemoptysis, blood in the stool, uterine bleeding, and anus bleeding. The new drug uses vitamin K, which is believed to have the function of coagulating blood vessels. In fact, the most abundant vitamin K in food is alfalfa. Alfalfa is used to prevent bleeding symptoms. The results of the experiment believe that the effect is very high, and the preventive effect can be obtained on various small hemorrhages, as well as bleeding in the lungs, stomach, and duodenum.

2. Clear internal heat. Alfalfa is a cool vegetable. After eating, it can eliminate internal fire, especially in the dry season. Alfalfa is fried in oil and eaten hot, and it tastes very fresh and clean. After cooling, it also tastes good when eaten, and its juice has a feeling of refreshing the heart and spleen. In the dry season, if you feel dry lips and tongue, it is a top-quality dish to maintain health.

The medicinal value of alfalfa

1. Flavonoids: have antioxidant effects, and at the same time can prevent the deposition of cholesterol on the arteries, and prevent blood from clotting, so as to reduce the probability of arteriosclerosis. Flavonoids can also block the adverse activity of certain hormones, inhibit the activity of enzymes that cause inflammation, and can inhibit the proliferation of microvascular cells.​​

2. Phenolic acid: It has an antioxidant effect and can be regarded as an antioxidant substance, which can prevent blood from coagulating into plates, make blood flow unobstructed in blood vessels, and reduce the occurrence of cardiovascular diseases.

3. Carotenoids: can protect the eyes and prevent degenerative diseases of the ocular nerve. In the human body, it can make cells mature and differentiate, and in the prevention of diseases, it has been proved that it has a certain effect on preventing the recurrence of cancer and preventing the occurrence of heart disease. Certain carotenoids have been used clinically for adjunctive prophylactic chemotherapy in cancer patients.