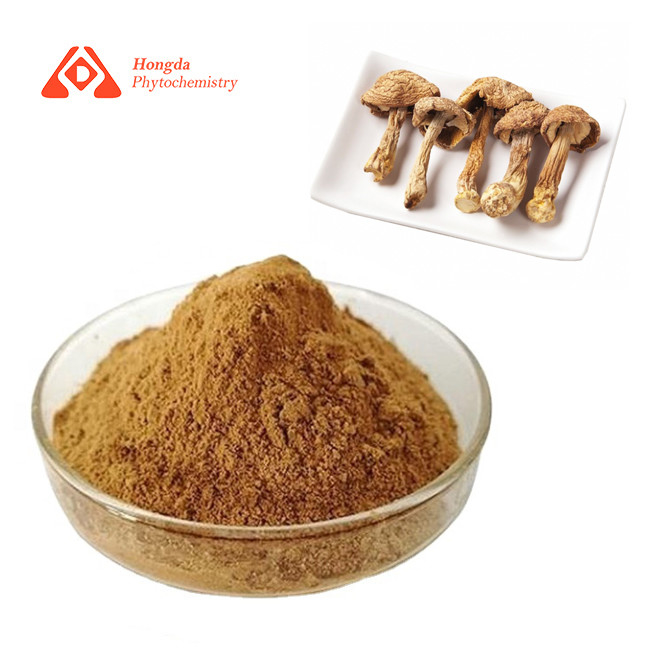 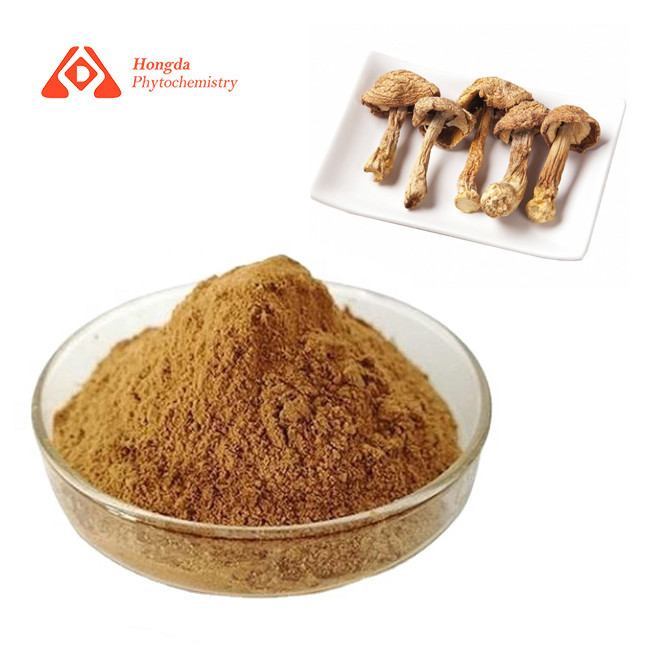 Agaricus blazei (also known as Brazilian mushroom) is native to Brazil and Peru. It is a saprophytic fungus that grows in summer and autumn. It lives in a high temperature, humid and ventilated environment. It has the aroma of almonds and has a crisp and tender taste. Agaricus blazei has tender cap, crisp stipe, excellent taste, pure and fragrant taste, and high edible value.

Agaricus blazei fruit body is sturdy, the cap is 5-11 cm in diameter, hemispherical at first, gradually becomes steamed bread-shaped and finally flat, the top center is flat, the surface has light brown to maroon fibrous scales, and the cap margin has fragments of the fungus curtain. The flesh in the center of the cap is 11 mm thick, and the flesh on the edge is thin, white, and turns orange-yellow after injury. The gills are free, dense, 8-10 mm wide, turning flesh-colored from white to dark brown. The stipe is cylindrical, solid, 4-14 cm long, 1-3 cm in diameter, equally thick up and down or swollen at the base, the surface is nearly white, and becomes nearly yellow when touched by hand. Above the bacterial ring, there are initially powdery to flake-like small scales, which then fall off into smooth and hollow. The fungal ring is large, upper, membranous, initially white, later slightly brown, with brown flake-like appendages under the membrane. Spores broadly elliptic to ovate, without bud holes. The hyphae have no lock-like association.

Agaricus blazei has a strong almond fragrance, tender cap, crisp stipe, crisp and tender taste, pure and fragrant taste, and high edible value. The fresh fruiting body of Agaricus blazei has a water content of 85% to 87%, and the protein and polysaccharide content in the dry product are higher than other edible fungi. According to the determination, Agaricus (dry product) contains 43.19% crude protein, 3.73% crude fat, 41.56% total sugar, 6.01% crude fiber, vitamin B, 0.32 mg per 100 grams Flavin is 3.16 mg per 100 g, niacin is 49.2 mg per 100 g, ergosterol is 117 mg per 100 g, and rich in phosphorus (1.0%), calcium, magnesium, zinc, iron, copper and other essential minerals material elements.

Agaricus Blazei Murill is well known for its ability to stimulate the immune system. Studies have found that immune boosting properties of Agaricus Blazei come from the various beneficial polysaccharides in the form of highly structured beta-glucans they contain. These compounds are known for their amazing ability to modulate the body’s immune response and provide protection against disease. According to various studies, the polysaccharides found in this mushroom regulate the production of antibodies and work as "biological response modifiers".

Data from in vitro and animal studies indicate that Agaricus activates white blood cells such as macrophages, dendritic cells, granulocytes and natural killer cells in the innate immune system. The innate immune system is an important evolutionary first-line defence system. It detects danger patterns and reacts, destroying the hostile elements (for example viruses or bacteria).

Agaricus is also what is known as an immune modulator and educator, which means it works intelligently. If the immune system is over-stimulated (as can happen with auto-immune disorders) the immune system attacks everything in sight including the body’s own tissues. In this case, Agaricus will down regulate the immune system and retrain it so that the response to invaders becomes more selective and efficient.

On the other hand, if the immune system is compromised, Agaricus will stimulate and up regulate it to deal with genuine threats appropriately.

Agaricus stimulates the digestive system, containing the digestive enzymes amylase, trypsin, maltase and protease. These enzymes assist the body in breaking down protein, carbohydrates and fats. Various studies have shown this mushroom to be effective against many digestive disorders including; gastric ulcers, chronic gastritis, duodenal ulcers, viral enteritis, chronic stomatitis, pyorrhea, constipation and loss of appetite.

The absence of disease and surprising longevity of the local population in the village of Piedade has lead to much research being undertaken in the seeming ability of the Agaricus mushroom to promote a long and healthy life. It is well known to the people of this region as a traditional panacea bringing longevity and health.

Agaricus has shown abilities to improve the functioning of the liver, even in people who suffer liver damage from hepatitis B. This disease has long been considered as among the most difficult to treat and can produce extensive liver damage. One recent year-long study found that extracts of the mushroom can return liver function to normal. Also, extracts have been shown to be able to help protect the liver from further damage, specifically against the damaging effects of oxidative stress on the tissues of the liver.