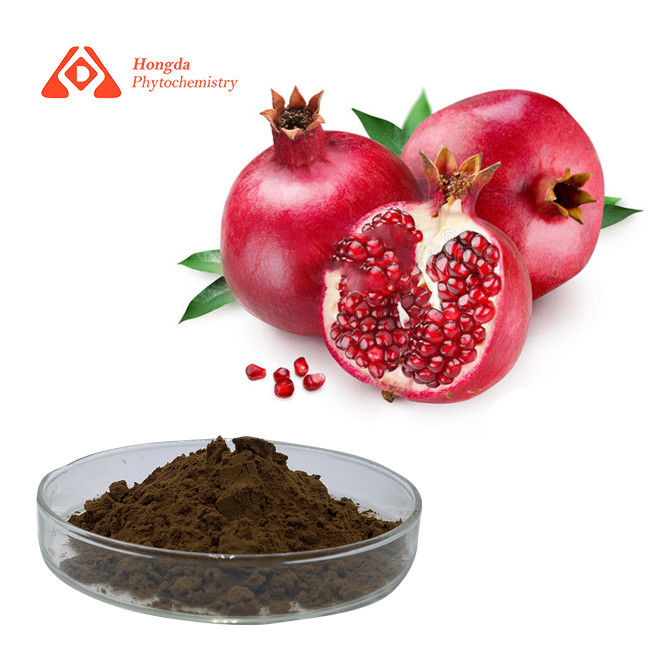 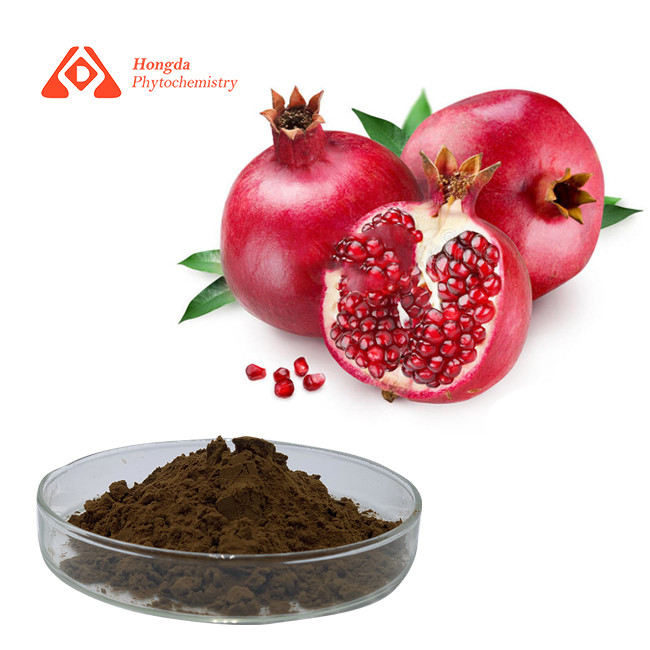 What is Pomegranate peel Extract?

This product is the skin extract of Pomegranate Punica granatum L. in the Pomegranate family.

After being absorbed by the human body, it can be decomposed into ellagic acid under the action of human enzymes. It has excellent antioxidant properties and has been used as a food antioxidant. Now, it is mostly used in cosmetics in Japan and France.

At the same time, ellagic acid has the effect of anti-mutation and inhibiting the proliferation of cancer cells, and is mainly used for the prevention and treatment of colon cancer, esophageal cancer, liver cancer, lung cancer, tongue and skin tumors and other diseases.

1. Anti-inflammatory and analgesic effects: The rats were intraperitoneally injected with 10mg/kg, which had inhibitory effects on carrageenan, dextran liver, 5-hydroxytryptophan and histamine "arthritis" with inhibitory intensity of 35,28,20,8%, respectively.It has also been reported that it also has inhibitory effect on formaldehyde arthritis, but the effect is weaker than that of carrageenan arthritis.Inhibitory effects on dextran arthritis were also not significant.It can inhibit the formation of granuloma in rats (cotton ball method), erythema reaction caused by ultraviolet radiation on the back of guinea pigs, and increase of capillary permeability caused by histamine.It has a weak analgesic effect.

1.Punicalagin has Anti-cancer and anti-mutation. It has been proven to have effective anti-cancer effects on rectal cancer, colon cancer, esophageal cancer, liver cancer, lung cancer, tongue cancer and skin cancer.

2. Punicalagin can Inhibit human immunodeficiency virus (HIV) and a variety of microorganisms and viruses.

Pomegranate extract can be made into capsules, tablets and granules as health foods.

Pomegranate extract has good solubility in water, the solution is transparent, and the color is bright. It is widely added to beverages as a functional ingredient.