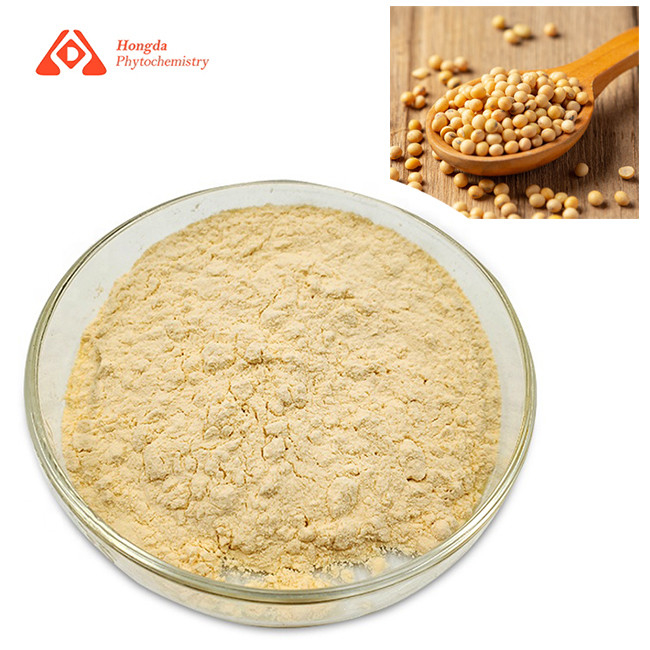 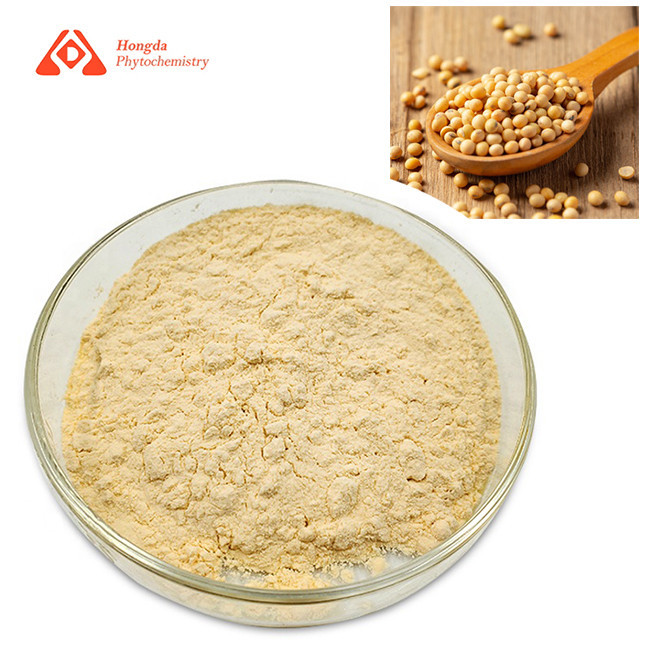 Soybean peptide refers to a peptide obtained from soybean protein by proteolysis of soybean. It is mainly composed of oligopeptides composed of 3-6 amino acids, which can quickly supplement the nitrogen source of the human body, restore physical strength and relieve fatigue. Soybean peptide has the functions of low antigenicity, inhibition of cholesterol, promotion of lipid metabolism and fermentation. Used in food, it can quickly supplement protein source, eliminate fatigue and act as a proliferation factor for bifidobacteria. Soybean peptide contains a small amount of macromolecular peptides, free amino acids, carbohydrates and inorganic salts, and the relative molecular mass is below 1000. The protein content of soybean peptide is about 85%, and its amino acid composition is the same as that of soybean protein, with a good balance of essential amino acids and rich content. Compared with soybean protein, soybean peptide has the physiological functions of high digestion and absorption rate, rapid energy supply, lower cholesterol, lower blood pressure and promotion of fat metabolism. It has good processing properties such as water resistance and good fluidity, and is an excellent health food material.

Soybean peptide has superior nutritional characteristics. The protein synthesis rate in the human body is 26% higher than that of amino acids, and the absorption rate is 80% faster than that of amino acids; it is preferentially and completely absorbed by the small intestine, and enters human tissues, cells, and organs. Biological activity; soybean peptide has a small molecular weight and high water solubility. It can be used as a carrier to transport amino acids, vitamins and trace elements beneficial to the human body to human tissues and organs to play a nutritional role. Soybean peptides have strong hygroscopicity and moisturizing properties, which can adjust the hardness of protein food, improve the taste and be easy to digest and absorb.

1. Rich in nutrition, easy to digest and absorb

Soybean peptide can be absorbed fast with low energy consumption, its digestion and absorption is better than soybean protein.

Endurance exercise strengthens protein decomposition, slows down synthesis, and increases body nitrogen excretion; strength exercise also strengthens protein decomposition, but at the same time, the synthesis of active muscle protein also increases, which is greater than the rate of decomposition, so muscles grow stronger. Enhancing muscle power and accelerating the recovery of myoglobin To increase the muscles of athletes, it is necessary to have appropriate exercise stimulation and adequate protein supplementation. Since peptides are easily absorbed and utilized quickly, the process of "negative nitrogen balance" in the body is inhibited or shortened. Especially before and during exercise, peptide supplementation can also slow down the degradation of muscle protein, maintain normal protein synthesis in the body, reduce or delay the changes in other physiological functions caused by exercise, and achieve anti-fatigue effects. In addition, supplementation of soybean polypeptide and soybean protein can protect skeletal muscle and cardiomyocytes, which is beneficial to reduce skeletal muscle micro-injury and myocardial micro-injury after exercise.

Reduce blood pressure – Soybean peptide can inhibit the activity of angiotensin-converting enzyme (ACE), prevent the contraction of blood vessel terminals, and lower blood pressure, but has no regulatory effect on normal blood pressure.

Allergic reaction is an abnormal pathological immune response. Milk protein and soy protein cause typical allergic reactions. Before food intake, the destruction of the molecular size and molecular structure of the allergen is a prerequisite for the reduction and elimination of product allergy. Through enzymatic degradation, the antigenic components of soybean protein are greatly reduced. Using enzyme immunoassay (ELISA) to study, the results show that the antigenicity of soybean polypeptide is lower than that of soybean protein to 0.001-0.010, which has extremely high clinical value.

Some scholars hydrolyzed glycinin with microbial protease to obtain peptides with a molecular weight of 700-1400. Tests have shown that it has the effect of inhibiting the auto-oxidation of linoleic acid. In vitro model experiments have shown that these peptides have the effect of scavenging free radicals and can be used for food anti-oxidation. Oxidants and anti-aging foods.

7. The characteristics of soybean polypeptides in promoting microbial fermentation

Soybean polypeptide has the effect of promoting the growth and development of microorganisms and active metabolism, and the same amino acid or soybean protein does not show this effect. Soybean polypeptide can promote the proliferation of lactic acid bacteria, bifidobacteria, yeast and other fungi, and promote the secretion of beneficial metabolites.

Soy protein contains phytic acid, oxalic acid, fiber, tannin and some other polyphenols, which can inhibit the bioavailability of Zn, Cu, Ca, Mg, etc. by human or animals. Since soybean peptides are soluble and free low-molecular-weight substances, phytic acid, oxalic acid, fiber, tannin and other substances can be easily separated and removed to make soybean protein with low phytic acid content. At the same time, soybean peptides can also interact with Cu, Ca, Mg plasma Chelation forms a soluble complex, which is beneficial to the body's absorption.

For students and mental workers